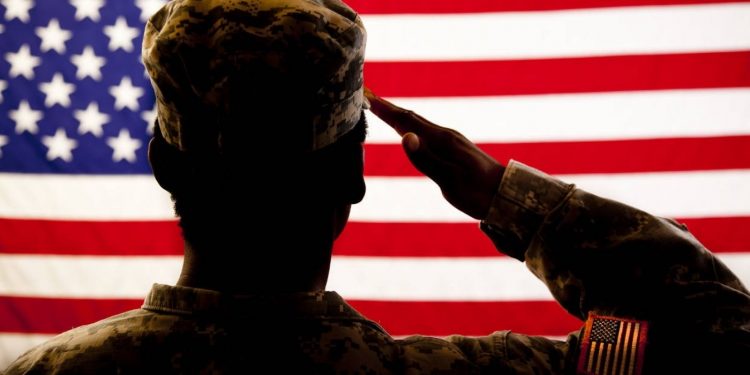 Patriots! Heroes! Veterans! We remember and honor these brave and gallant men and women who served in our nation’s Armed Forces on this federal holiday held every November 11th.

Veterans Day takes its roots as far back as World War I when the Armistice took effect at 11:00 on the morning of November 11th, 1918. In 1919, President Woodrow Wilson addressed the nation to honor the fallen and those who served during the war on the occasion of the first anniversary of the Armistice. In 1926, President Calvin Coolidge, with the U.S. Congress’ urging, created the Armistice Day to fall on every November 11th.

Congress enacted a bill in May 1954 to formalize Armistice Day as a national holiday, and a few days after that, a Congressional amendment changed the name to Veterans Day.

Veterans Day is observed with most students and some workers taking a day off as a federal holiday. If it falls on a weekend, the preceding Friday or the succeeding Sunday may be declared as a holiday.

The familiar Veterans Day activities include parades held in several cities, towns, and capitals throughout the nation. You will see the many Veterans of previous wars participating while proudly donning their service uniforms and displaying their well-earned decorations like medals, ribbon, and even the patches associating them with the units they served.

In most cases, you will see “Old Glory” (the U.S. flag) being held and waved by the parade participants and onlookers lining the streets. On some occasions, you will see folded flags fervently carried by the veterans as a reminder of those who gloriously gave their lives in the line of duty. You will see and hear bands playing marches and service hymns while beautiful majorettes expertly whirl and toss their batons.

Fireworks, sparklers, and balloons accompany the festivities, culminating with speeches held at the town square, city hall, or state public spaces. In these ceremonies, the veterans are presented, various honoraria bestowed by multiple civic or military groups, and the local or state government.

Of course, sumptuous meals are included in the celebration of Veterans Day. Commonly barbeques and steaks are grilled, served with mashed potatoes and vegetables, cakes, sweet corn, candy apples, fruit punches, and lots of beer. Primarily, the essence of most of our holidays is the chance for families to gather together as one and experience a moment of peace, love, and joy.

One thing is evident in all these events: the sense of pride and honor felt not only by the veterans but also by their families and friends. America has always had a proud tradition of defending democracy and freedom not only of its citizens but also of other peoples in distant lands. To many Americans, having the privilege to serve in the nation’s Armed Services is one of the highest honors and duties as a United States citizen.

To further give you the nobility of this occasion, we tabulated the best and most inspiring Veterans Day quotes and anecdotes. Please feel free to use them to greet your Veteran friends and members of the family.

Happy Veterans Day to all!

To our men and women in uniform, past, present, and future, God bless you and thank you.
Unknown

The U.S. Military is us. There is no truer representation of a country than the people that it sends into the field to fight for it. The people who wear our uniform and carry our rifles into combat are our kids, and our job is to support them, because they’re protecting us.
Tom Clancy

A true hero isn’t measured by the size of his strength, but by the strength of his heart.
Hercules

When the will defies fear, when duty throws the gauntlet down to fate, when honor scorns to compromise with death – that is heroism.
Robert Green Ingersoll

There is a certain enthusiasm in liberty, that makes human nature rise above itself, in acts of bravery and heroism.
Alexander Hamilton

Duty, Honor, Country. Those three hallowed words reverently dictate what you ought to be, what you can be, what you will be.
Douglas MacArthur

America’s veterans embody the ideals upon which America was founded more than 229 years ago.
Steve Buyer

The soldier above all others prays for peace, for it is the soldier who must suffer and bear the deepest wounds and scars of war.
Douglas MacArthur 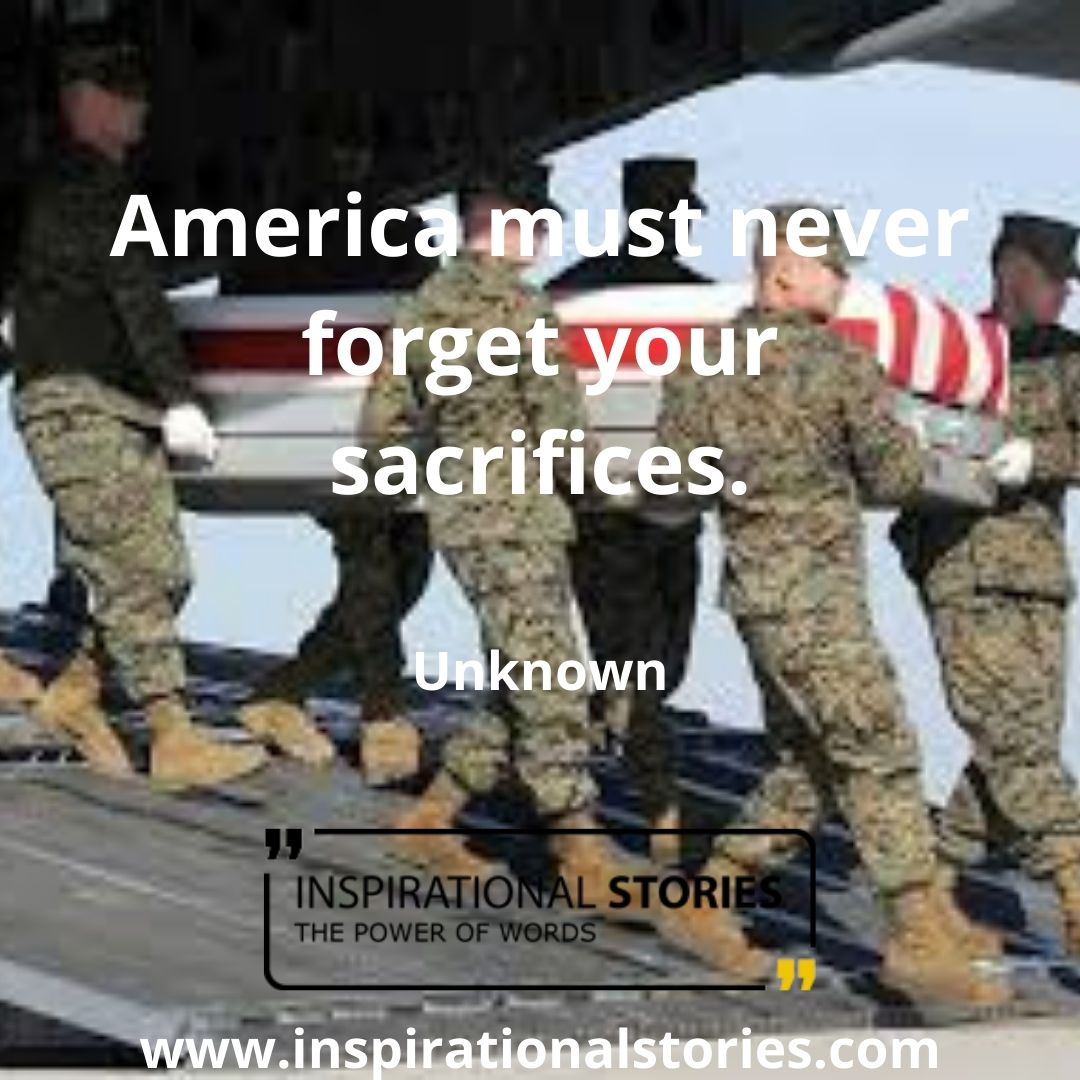 The battle, sir, is not to the strong alone; it is to the vigilant, the active, the brave.
Patrick Henry

The Lord gets his best soldiers out of the highlands of affliction.
Charles Spurgeon

For the veteran, thank you for bravely doing what you’re called to do so we can safely do what we’re free to do.
Unknown

In war the heroes always outnumber the soldiers ten to one.
H. L. Mencken

When soldiers have been baptized in the fire of a battle-field, they have all one rank in my eyes.
Napoleon Bonaparte

Regard your soldiers as your children, and they will follow you into the deepest valleys; look on them as your own beloved sons, and they will stand by you even unto death.
Sun Tzu

I think there is one higher office than President and I would call that patriot. 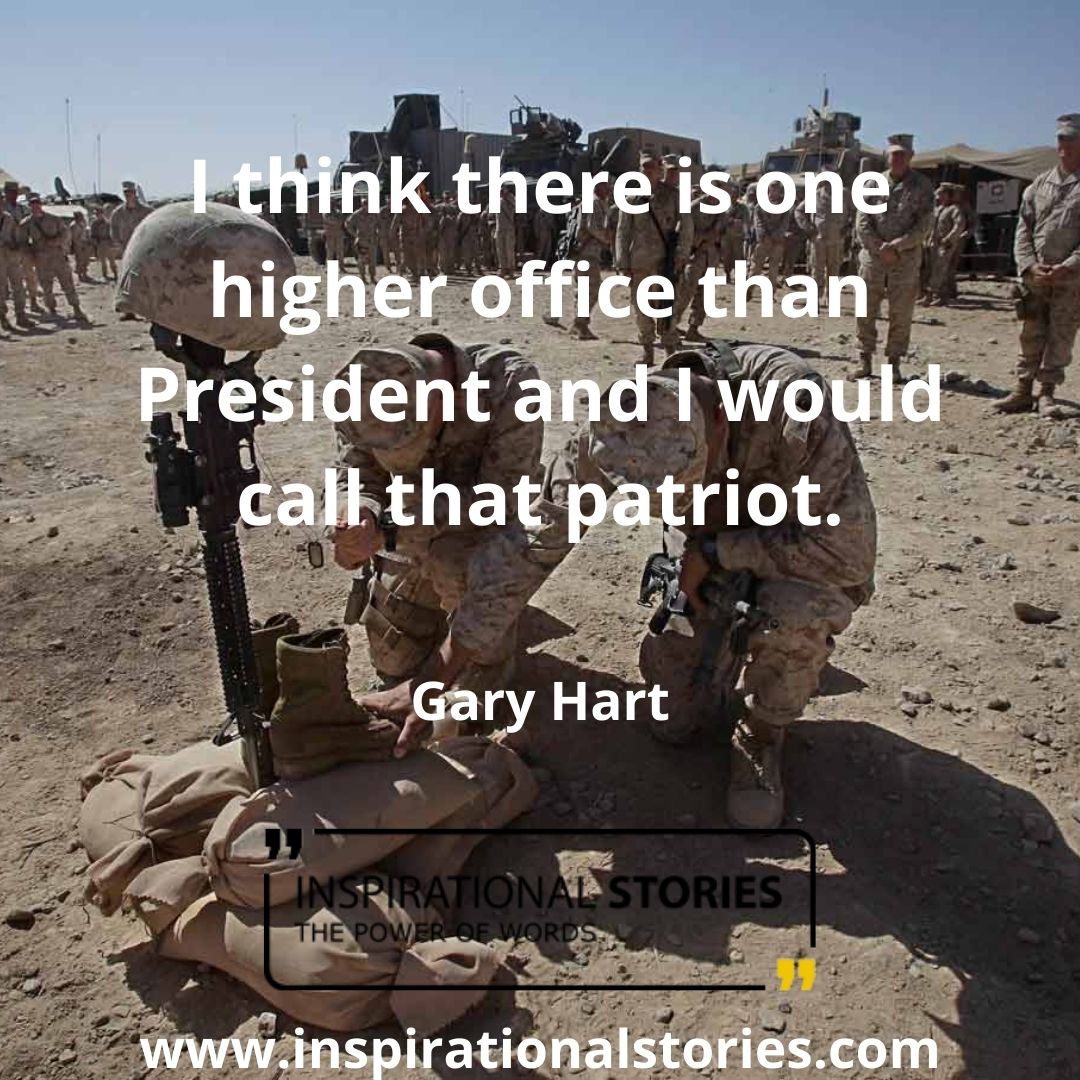 To those in uniform serving today and to those who have served in the past, we honor you today and every day.
Unknown

We sleep peaceably in our beds at night only because rough men stand ready to do violence on our behalf.
George Orwell

We often take for granted the very things that most deserve our gratitude.
Cynthia Ozick

Our flag does not fly because the wind moves it… it flies with the last breath of each soldier who died protecting it.
Unknown

My heroes are those who risk their lives every day to protect our world and make it a better place — police, firefighters, and members of our armed forces.
Sidney Sheldon

Home of the free because of the brave.
Unknown

If you want to thank a soldier, be the kind of American worth fighting for.
Unknown

Courage is resistance to fear, mastery of fear—not absence of fear.
Mark Twain

America’s Veterans have served their country with the belief that democracy and freedom are ideals to be upheld around the world.
John Doolittle

To all who have put their lives on the line in defense of the flat, thank you.
Unknown 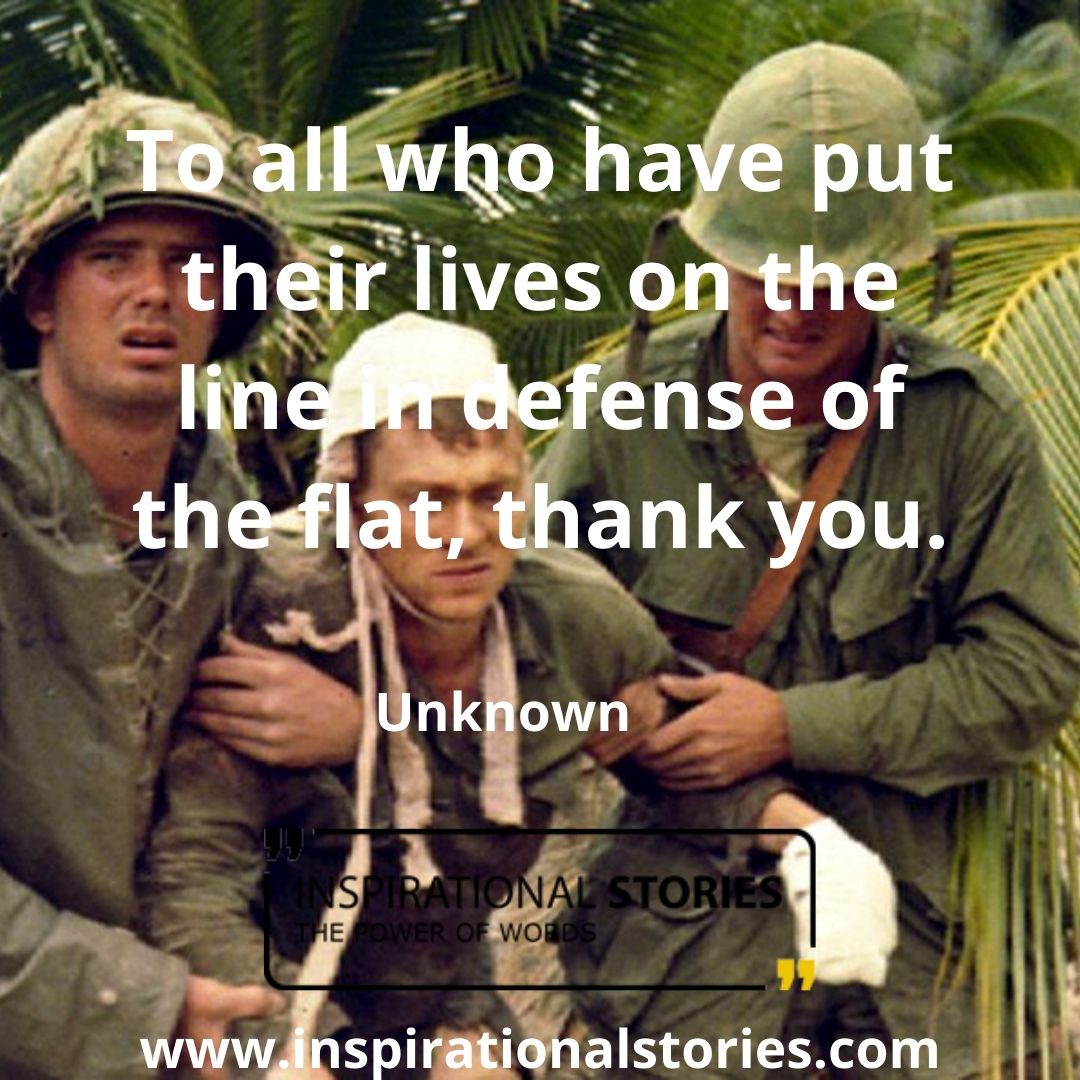 America without her soldiers would be like God without his angels.
Claudia Pemberton

The willingness of America’s veterans to sacrifice for our country has earned them our lasting gratitude.
Jeff Miller

This will remain the land of the free only so long as it is the home of the brave.
Elmer Davis

In the face of impossible odds, people who love this country, can change it.
Barrack Obama

In valor there is hope.
Publius Cornelius Tacitus

Honor to the soldier and sailor everywhere, who bravely bears his country’s cause. Honor, also, to the citizen who cares for his brother in the field and serves, as he best can, the same cause.
Abraham Lincoln

Better than honor and glory, and History’s iron pen, Was the thought of duty done and the love of his fellow-men.
Richard Watson Gilder

Courage is contagious. When a brave man takes a stand, the spines of others are often stiffened.
Billy Graham

A hero is someone who has given his or her life to something bigger than oneself.
Joseph Campbell 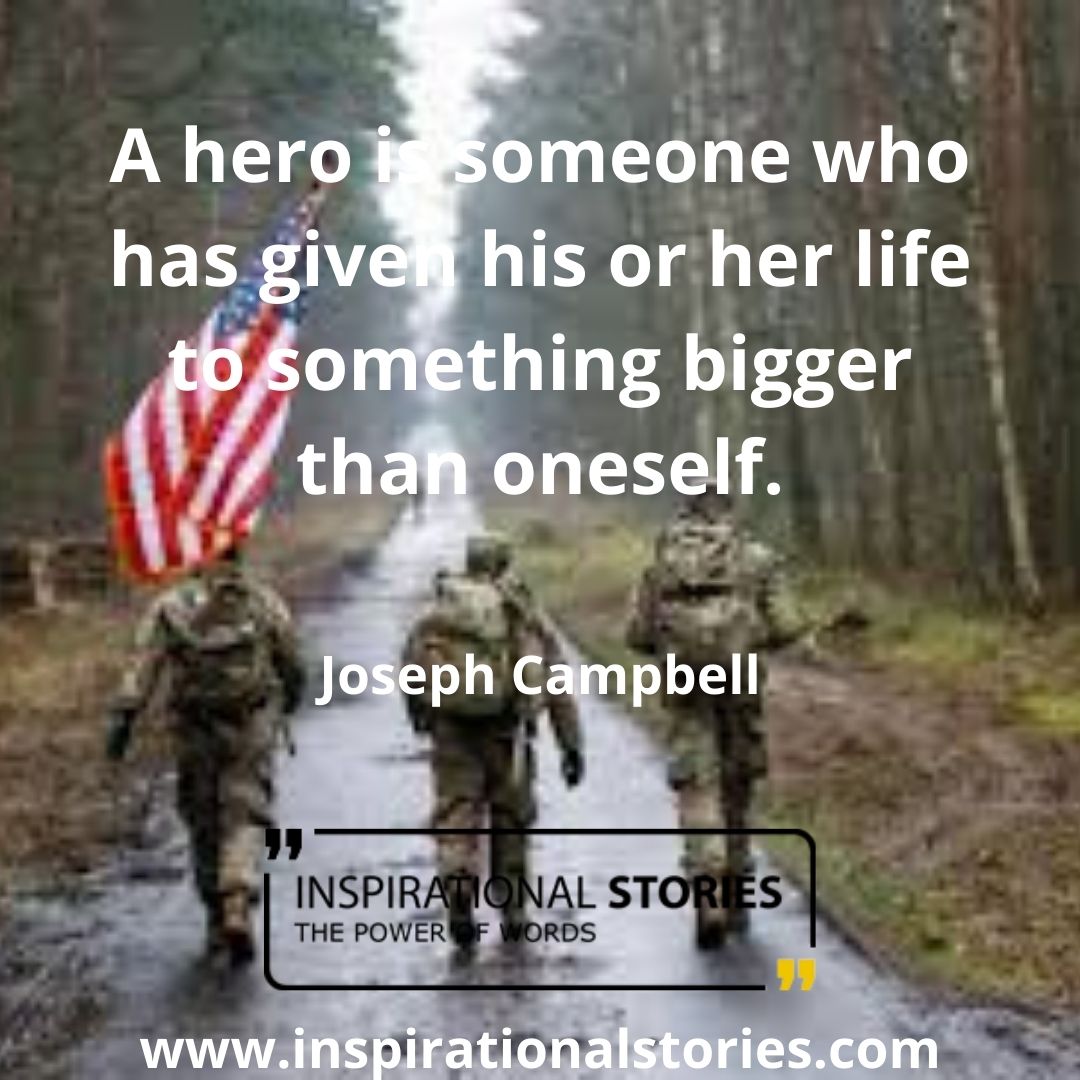 For your bravery, hard work, and dedication to our country, we thank you.
Unknown

This nation will remain the land of the free only as long as it is home of the brave.
Elmer Davis

Valor is stability, not of legs and arms, but of courage and the soul.
Michel de Montaigne

The hero is the man dedicated to the creation and / or defense of reality-conforming, life-promoting values.
Andrew Bernstein

How important it is for us to recognize and celebrate our heroes and she-roes!
Maya Angelou

Honoring the sacrifices many have made for our country in the name of freedom and democracy is the very foundation of Veterans Day.
Charles B. Rangel

On this Veterans Day, let us remember the service of our veterans, and let us renew our national promise to fulfill our sacred obligations to our veterans and their families who have sacrificed so much so that we can live free.
Dan Lipinski

Never was so much owed by so many to so few.
Winston Churchill 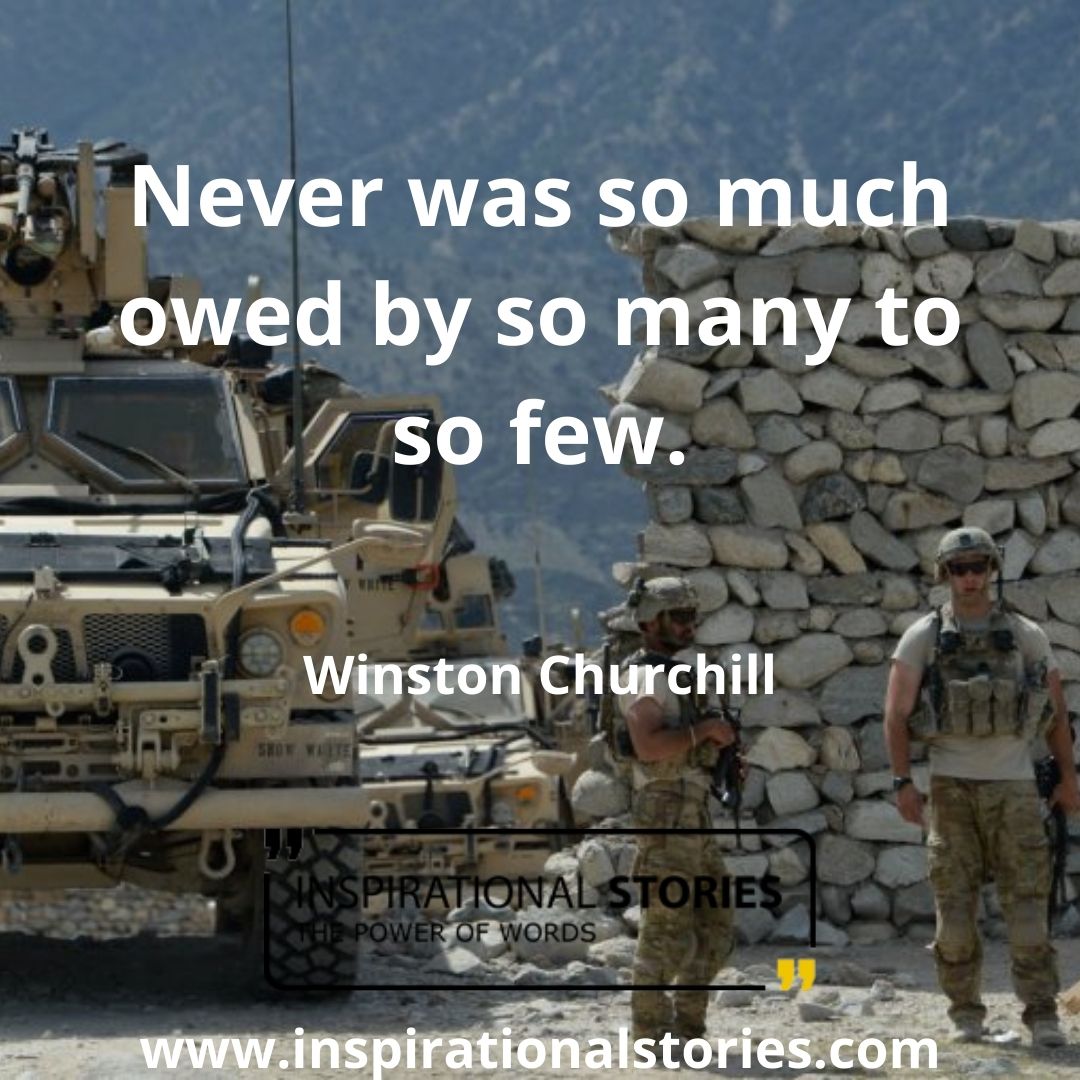 As we express our gratitude, we must never forget that the highest appreciation is not to utter words, but to live by them.
John F. Kennedy

To further give you the nobility of this occasion, we tabulated the best and most inspiring Veterans Day quotes and anecdotes. Please feel free to use them to greet your Veteran friends and members of the family.

Happy Veterans Day to all!