by Team IS
in Fathers-Children, Love 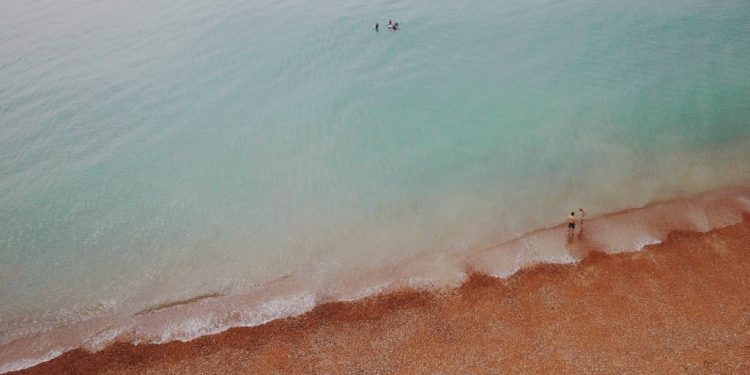 I was watching some little kids play soccer. These kids were only five or six years old. They were playing a real game – a serious game. Two teams, complete with coaches, uniforms, and parents. I didn’t know any of them, so I was able to enjoy the game without the distraction of being anxious about winning or losing. I wished the parents and coaches could have done the same.

The teams were pretty evenly matched. I will just call them Team One and Team Two. Nobody scored in the first period. The kids were hilarious. They were clumsy and terribly inefficient. They fell over their own feet, they stumbled over the ball, they kicked at the ball and missed it, but they didn’t seem to care. They were having fun.

In the second quarter, the Team One coach pulled out what must have been his first team and put in the scrubs, except for his best player who now guarded the goal. The game took a dramatic turn. I guess winning is important even when you’re five years old, because the Team Two coach left his best players in, and the Team One scrubs were no match for them.

Team Two swarmed around the little guy who was now the Team One goalie. He was an outstanding athlete, but he was no match for three or four who were also very good. Team Two began to score. The Team One goalie gave it everything he had, recklessly throwing his body in front of incoming balls, trying valiantly to stop them.

Team Two scored two goals in quick succession. It infuriated the young boy. He became a raging maniac – shouting, running, diving. With all the stamina he could muster, he covered the boy who now had the ball, but that boy kicked it to another boy twenty feet away, and by the time he repositioned himself, it was too late – Team Two scored a third goal.

I soon learned who the goalie’s parents were. They were nice, neat-looking people. I could tell that his dad had just come from the office – he still had his suit and tie on. They yelled encouragement to their son. I became totally absorbed, watching the boy on the field and his parents on the sidelines. After the third goal, the little kid changed. He could see it was no use, he couldn’t stop them. He didn’t quit, but he became quite desperate, futility was written all over him. His father changed, too. He had been urging his son to try harder, yelling advice and encouragement.

But then he changed. He became anxious. He tried to say that it was okay – to hang in there. He grieved for the pain his son was feeling. After the fourth goal, I knew what was going to happen. I’ve seen it before.

The little boy needed help so badly, and there was no help to be had. He retrieved the ball from the net and handed it to the referee and then he cried. He just stood there while huge tears rolled down both cheeks. He went to his knees and put his fists to his eyes – and he cried the tears of the helpless and brokenhearted.

When the boy went to his knees, I saw the father start onto the field. His wife clutched his arm and said, “Jim, don’t. You’ll embarrass him.” But he tore loose from her and ran onto the field. He wasn’t supposed to — the game was still in progress. Suit, tie, dress shoes and all, he charged onto the field, and he picked up his son so everybody would know that this was his boy, and he hugged him and held him and cried with him. I’ve never been so proud of a man in my life. He carried him off the field, and when he got close to the sidelines I heard him say, “Scotty, I’m so proud of you. You were great out there. I want everybody to know that you are my son.”

“Daddy,” the boy sobbed, “I couldn’t stop them. I tried, Daddy, I tried and tried, and they scored on me.”

“Scotty, it doesn’t matter how many times they scored on you. You’re my son, and I’m proud of you. I want you to go back out there and finish the game.

I know you want to quit, but you can’t. And, son, you’re going to get scored on again, but it doesn’t matter. Go on now”

It made a difference – I could tell it did. When you’re all alone and you’re getting scored on – and you can’t stop them, it means a lot to know that it doesn’t matter to those who love you. The little guy ran back on to the field-and they scored two more times, but it was okay.