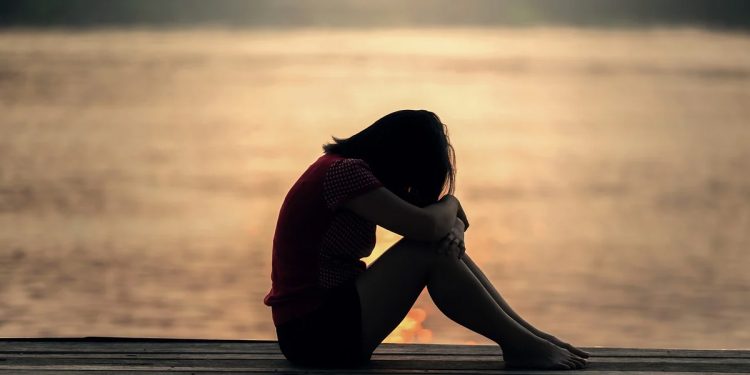 As we grow up, we realize that most of our friends are not genuine and take benefit of our goodwill or money. It is important to be aware of the fact that not everyone can be our friend and sometimes we end up making enemies disguised as friends. These fake friends only care about satisfying their selfish desires. So it is better to maintain distance from such people.

Life can be way better without people who pretend to be our friends because they can neither be our well-wishers nor confidants in any situation. Quotes for Fake People below will relate to all the times you felt betrayed because of such people.

For as he thinketh in his heart, so is he.
Solomon

Fake relationships and fake people coming up to me and all of a sudden wanting to be my friend.
Jason Ritter

Everyone smiles with that invisible gun to their head.
Chuck Palahniuk

What’s the whole point of being pretty on the outside when you’re so ugly on the inside?
Jess C Scott

A hypocrite is the kind of politician who would cut down a redwood tree, then mount the stump and make a speech for conservation.
Adlai E. Stevenson

Fake is as old as the Eden tree.
Orson Welles

Always sleep with one eye open. Never take anything for granted. Your best friends might just be your enemies.
Sara Shepard

Sometimes you have to give up on people. Not because you don’t care, but because they don’t.
Jonathan Carroll

Fake people talk about other people being fake. Real people worry about their business, and no one else’s.
Ziad K. Abdelnour

You got nothing to lose. You don’t lose when you lose fake friends.
Joan Jett

Not many people are true, fake as the lies they tell
Kid Cudi

Some people think that the truth can be hidden with a little cover-up and decoration. But as time goes by, what is true is revealed, and what is fake fades away.
Ismail Haniyeh

Everyone is a moon, and has a dark side which he never shows to anybody.
Mark Twain

The realest people don’t have a lot of friends.
Tupac Shakur

A truth that’s told with bad intent beats all the lies you can invent.
William Blake

The thing that is really hard, and really amazing, is giving up on being perfect and beginning the work of becoming yourself.
Anna Quindlen

It’s a mental fake-out to myself. I make believe I’m making a new show so I forget the material I was working on and make up some fresh material.
Eric Bogosian

We should always be disposed to believe that that which appears white is really black, if the hierarchy of the Church so decides.
Ignatius of Loyola

If you’re gonna be two-faced at least make one of them pretty.
Marilyn Monroe

What I am looking for is a blessing not in disguise.
Jerome K. Jerome

Acting is all about honesty. If you can fake that, you’ve got it made.
George Burns

Women might be able to fake orgasms. But men can fake whole relationships.
Sharon Stone

Advertisements contain the only truths to be relied on in a newspaper.
Mark Twain

If I weren’t earning $3 million a year to dunk a basketball, most people on the street would run in the other direction if they saw me coming.
Charles Barkley

People will always show their true selves in the end.
Leona Lewis

The secret of life is honesty and fair dealing. If you can fake that, you’ve got it made.
Groucho Marx

My fake plants died because I did not pretend to water them.
Mitch Hedberg

False friendship, like the ivy, decays and ruins the walls it embraces; but true friendship gives new life and animation to the object it supports.
Richard Burton

God has given you one face, and you make yourself another.
William Shakespeare

You can’t find any true closeness in Hollywood, because everybody does the fake closeness so well.
Carrie Fisher

False friends are like our shadow, keeping close to us while we walk in the sunshine, but leaving us the instant we cross into the shade.
Christian Nestell Bovee

Music doesn’t lie. If there is something to be changed in this world, then it can only happen through music.
Jimi Hendrix

A friend will always reveal its true colors in a tough situation. All their goodness will vanish in just a moment. A fake friend is someone with whom you can maybe share your happiness but not your sorrows. Instead of being there for you in your hour of need, they will make your issues look less important.

A fake friend will not be happy for you and be intolerant if you do better than them. Instead of believing in you, fake friends will judge you based on rumors. Below mentioned quotes will state some of the selfish traits that you might have noticed if you had or have fake friends.

“There are many things that we would throw away if we were not afraid that others might pick them up.”_ Oscar Wilde

“As selfishness and complaint pervert the mind, So love with its joy clears and sharpens the vision.”- Helen Keller

“Stay away from lazy parasites, Who perch on you just to satisfy their needs, They do not come to alleviate your burdens, Hence, Their mission is to distract, Detract and extract, And make you live in abject poverty.” _ Michael Bassey Johnson

“Selfishness must always be forgiven you know because there is no hope of a cure.”_ Jane Austen

“Selfishness comes from poverty in the heart, from the belief that love is not abundant.”_ Don Miguel Ruiz

“Selfishness is that detestable vice which no one will forgive in others, and no one is without himself.”_ Henry Ward Beecher

“Almost every sinful action ever committed can be traced back to a selfish motive. It is a trait we hate in other people but justify in ourselves.”_ Stephen Kendrick

“There are many selfish people who are extremely original, then they take those pure ideas and use them to raise themselves up, that is an insincere move.” – Daniel Smith

“Selfish people also tend to have victim mindsets… Their actions plant seeds of loneliness; then they cry upon the blooming.” – Steve Maraboli

“Selfish- a judgment readily passed by those who have never tested their own power of sacrifice.” – George Eliot

Glory, built on selfish principles, is shame and guilt.

“Selfishness is like a wall. A useless wall, without a doubt. It cannot hold one’s own joy in. But simply keeps the world’s joy out”

“Nowadays, even love is selfish; there is so much selfishness that surrounds the planet we have.”

A fake friend is someone who stays during the good times of our life but disappears when we need them during our dark hours. A fake friend will help you only if it is benefiting them as well. Friendship is strong if both of the friends are loyal to each other but once a friend betrays you, it is difficult to trust them anymore.

They will try to build the trust again but will never be worthy. Thus it is better to have an enemy over a backstabbing friend. Below are some quotes which will help you to distinguish between a good and bad friend.

“Be very careful of who you share your problem with, remember that not every friend that smile at you is your best friend.” Kemmy Nola

“Dealing with backstabbers, there was one thing I learned. They’re only powerful when you got your back turned.” Eminem

“It is hard to deal with someone who smiles and pretends to like you to your face and sticks that eight inch blade in your back when you turn around.” Nishan Panwar

“This is what happens. You tell your friends your most personal secrets, and they use them against you.” Sophie Kinsella

“Being betrayed is one of the most valuable lessons life can teach.” Shania Twain

“ Some people are willing to betray years of friendship just to get a little bit of the spotlight.” Lauren Conrad

“When you betray somebody else, you also betray yourself.” Isaac Bashevis Singer

“No wise man ever thought that a traitor should be trusted.” Cicero

“Liars are always most disposed to swear.” Vittorio Alfieri

“Bestfriends has 11 letters, but so does Backstabber.”  Wiz Khalifa

“Beware the FRENEMY; enemy disguised as friend who pretends to look after your interests but really loves it when things turn sour for you.” Mufti Ismail Menk

“Never trust someone who will just get up and tell you another person’s story or secrets, cause they’ll share yours just the same.” Christon Henry

“If you reveal your secrets to the wind, you should not blame the wind for revealing them to the trees.”
Khalil Gibran

“Fake friends; those who only drill holes under your boat to get it leaking; those who discredit your ambitions and those who pretend they love you, but behind their backs they know they are in to destroy your legacies.”
Israelmore Ayivor

“A false friend and a shadow attend only while the sun shines.” Benjamin Franklin

“Watch who you call friend, because friends are the same ones that will leak your business to everyone after yall not friends anymore.” Ritu Ghatourey

“I’ve got more respect for someone who comes out and says they don’t like me than for the ones who act like they do but talk bad about me when I’m not around.”  Mitchell Perry

“Every coin has two sides, just like most people have two faces. ” Rashida Rowe

“I don’t tolerate liars. When somebody lies to me, that’s really, like, just unbearable.” John Lydon

“The liar’s punishment is not in the least that he is not believed but that he cannot believe anyone else.”
George Bernard Shaw

“We fear our enemy but the bigger and real fear is that of a fake friend who is sweetest to your face and most vile behind your back.” Mufti Ismail Menk

“Once people stop talking with you then they start talking about you.” Sushan R Sharma

Be aware and avoid spending your precious time, energy, and resources on fake people. It is always noted that quantity is better than quality so rather have fewer people as your friends but genuine ones. One good friend is equal to thousands of fake friends.

There’s no point in having too many friends when you can’t rely on any of them.