No Result
View All Result
Home True Self Be Yourself

Rod Wave’s Inspirational Quotes and Sayings To Make You Indestructible

Amassing Impressive Talent, Rod Wave is the latest to be featured by us. He has some seriously amazing rapping skills, and here are some of his motivational quotes and sayings.

in Be Yourself, Life, Quotes, Success 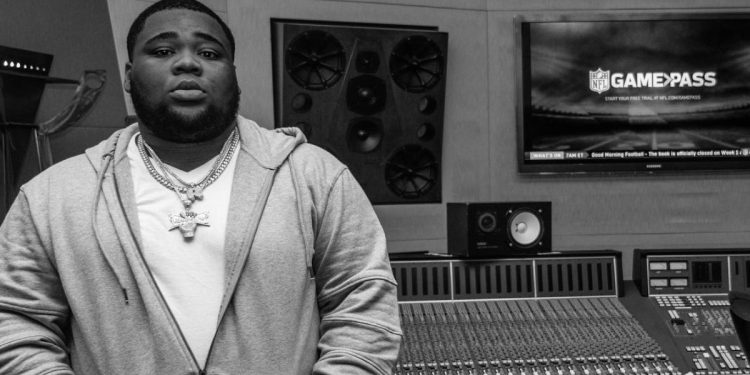 There are very few rappers out there that can capture Tupac’s or even Eminem’s essence, but there are also some talented individuals out there that have captured our hearts and attention. One of those amazing rappers is Rod Wave (Rodarius Green), he is known for seamlessly transitioning from gruff to sweet lines like it is nothing.

Like all the other rappers before him, Rod Wave had a very humble beginning. He used to practice rapping and just because of his talent, he became an Alamo Records Signee. Some of his best albums include Ghetto Gospel (2018 and 2019) and Pray 4 Love (Which Topped The Chart In 2020). His newest album, Beautiful Mind just launched in 2022 and it is a hit already.

How Did He Rise To Fame?

Sometimes our leisure time activities forge our destinies and that is what happened with Rod Wave. Rapping and recording were just fun for him, his dad facilitated him a lot with this as he was the one who first got him a microphone. His brother also helped him out and got him a computer, that is when he actually started.

Rod Wave definitely did not want a life of fame but his producer had other plans, seeing how people riled up to him after his songs went viral said a lot. A lot of the audience from his native town of St. Petersburg, Flordia flocked to his performances. When all of this increased, and he started getting even more fame, he signed a deal with Alamo Records and that is when his career formally began.

Even from a very young age, he was known for dropping amazing singles. The Multiple Volumes that he dropped in his Hunger Games series are amazing and are definitely recommended. One of his remarkable achievements is when his album, Ghetto Gospel ranked 10 on the Billboard 200.

This is not all, as his hits “By Your Side” and “Cold December,” have cracked the top ten of the Hot R&B/Hip-Hop Songs chart, give those songs a try!

Rod Wave Inspirational Quotes and Sayings To Bring Out The Best

Life is too short to tolerate stuff that doesn’t make you happy.

My darkest times taught me to shine.

First, it hurts, then it changes you.

Before you get one win, you gotta take a thousand losses.

What’s the point of life if you can’t enjoy it?

It takes a strong, strong heart to heal a broken soul.

Before it gets better, it’s going to get worse.

You want to be happy? You got to let sh*t go and let sh*t be what it is.

Just ’cause they couldn’t do it doesn’t mean you can’t.

I remember everything, the shine and the struggle. I remember all the pain, all the grind, all the hustle.

We all wasted the best version of ourselves with someone who didn’t give a f*ck.

Don’t let nobody who gave up on their dreams talk you out of yours.

You only live one time. Don’t spend it doing something you hate. Chase your dream, kid.

Nobody told me the road would be easy. I can’t believe I made it this far. My whole life, I’ve been working so hard.

The only thing guaranteed is death, and the most valuable thing we have is time.

An apology without change is just manipulation.

I’m obsessed with becoming a better person and getting my life together.

It’s okay to start over. Let someone else love you the right way.

Straight from the bottom, and now we way, way up.

I used to put my headphones in and forget about the whole world. I make music for people like me.

Even if that sh*t is eating you up inside, you gotta keep it going and move on.

No such thing as a life that’s better than yours.

It’s like people focus on looking happy more than being happy.

Truth hurt. Sometimes, I sit back and accept the lies.

It’s hard to get me some peace with all the sh*t that I be battling. So many ups and downs, sometimes, I feel like I can’t balance it.

I feel like I’m in this world alone, but this is the life I chose.

Be scared to find out what’s what. The ones that let you down be the ones you love so much.

If you’re looking for someone perfect on earth, you’ll never find them.

Heart been broken so many times, I don’t know what to believe. Mama said it’s my fault I wear my heart on my sleeves.

I know it’s hard dealing with a heart that you didn’t break.

Anybody can want you. It’s different when someone actually values you.

God bless the child that can hold his own.

This world cold boy. It’s crazy how we find that out. Some of us never bounce back.

You can break something in two seconds. Sh*t going to take forever to fix.

I’m moving on in life, so don’t ask me about no old sh*t.

Ain’t no telling who all ’round for what reasons, like what’s they true intentions.

Hope you don’t think ’cause I got change, that’s what made me change. It’s just this life got so strange, I had to switch lanes.

You are looking for a rich n*gg* and not a real n*gg*. That’s why you are falling short.

It’s hard to keep your eye on the prize when you come out the trenches where n*gg*s they don’t survive.

Can’t make everybody happy. They feel like I’m doing them dirt.

If they don’t got a story these days, they’ll make one.

Somehow, I keep on all my friends, I came to the conclusion it’s not them.

I woke up this morning with tomorrow on my brain. Today could be the day I fall a victim to the game.

We met for a reason, either you’re a blessing or a lesson.

Where I’m from, it’s an eye for an eye, nothing else. Ain’t no love, it ain’t no help. Every man for they self.

Only reason I keep going ’cause I know you n*gg*s hate it and my real fans.

Distance is my new response.

You may not be her first, her last, or her only. She’s loved before. She may love again, but if she loves you now, what else matters.

I need someone I can run to. Thugs need love too.

If I cross some hills and I disappeared, would you be here? Would you still write me?

I don’t want no more love. I feel it’s poison.

I give my heart to whoever, they take it, and they ran.

I’ve been looking for the right kind of love.

I got one more piece of my heart left, and I’ve been saving it for you.

If your heart really all mine, why I gotta fight for it.

Remember when I first confessed my love, and I cried? I remembered when I asked you bout that n*gg*, and you lied.

You said you love me, but you are leaving me. I guess love ain’t what it seems to be.

I think I need your love. I don’t need no one selfish. Wonder if I give this girl my heart, could she help it?

If loving me is hard. I apologize.

I’ve been feeling pain for so long, I done become numb.

Ain’t no love in this sh*t for real. They only love what you can do for them.

Who can you trust in this cold, cold world? Better get a blanket.

I get lost in my thoughts.

Do I want to deal with the pain that tomorrow brings? Might grab a gun.

I got issues back home, and I got pain running deep.

No matter what I do, can’t keep nobody happy.

Could you feel me if I told you that it’s hard to trust. I been hurt before, I done heard these words before.

Hurt me to my heart the way I love ended. I blame you. You the reason I don’t trust bitches.

Me and my heart out of been touch all these years ’cause everything I touch with my heart, it disappears.

I’m starting to think I think too much. But my mama, she think I don’t think enough.

I got skills in other things, but rich off rapping pain. So much that came with all this fame, but I remain the same.

If you think you know anything about me, what you heard just know you way off.

Make every time feel like the first time. Out of my presence but still on my mind.

I’ve been so scared of love, got commitment issues, but somehow, someway, I fell in love with you.

I’ve been thinking about our love and how much I miss your touch. I miss being around you, hearing your laugh, and holding your hand.

They turn they back, and they leave you. They gone be back when they need you.

I need that pure Codeine in. I ain’t been sleeping. They told me to slow it down. You been speeding.

Why Are Rap Artists So Influential?

After going through all these powerful quotes and sayings from Rod Wave, you must be wondering why is he so famous. How is rap so famous? Why are rap artists so influential?

Rap emerged into the fray between the early 1980s and 1990s. At the head of the rap game was Tupac, his words were so influential, that they have never forgotten him, even after 26 years of his assassination. Rap is all about the right words and rhythm, it becomes like poetry if one knows how to spin the words effectively.

You might have seen it yourself that whenever a rap artist announces a concert, all the tickets and shows quickly sell out, this is because they are so famous and influential. Rap is all about sharing words on the right topics, one of them is injustice. Through these songs, rappers talk about certain injustice that still prevails in society, since this is a hot topic, people tend to listen to it more, and eventually, a massive fan following of these rappers emerges.

Rap is a unique mixture of different cultures, through these songs, people find a voice to represent themselves. Although all of it is pretty much tied to Africa, people still find a voice for themselves through rap. The same happened for Rod Wave here and through him, a lot of people found their voice. Rap shows the proper struggle of people, how they struggled through oppression and eventually came out strong.

When rap first started out, it was definitely not mainstream, it was only limited to a few groups of people. Most of those people were gangsters because most of the rappers were gangsters before. It could be easily associated with gangs, even when its popularity grew it was still considered an insider genre.

It felt very rebellious to enjoy and listen to rap music and in a way it still does. That is why a lot of people are attracted to it. Rap is the kind of music that gives fame to people but also changes the lives of people for the better.

Also Read: The Old Gregg’s Fascinating Quotes To Change Your Perspective On Life

Funeral Donations- All The Essentials You Need To Know