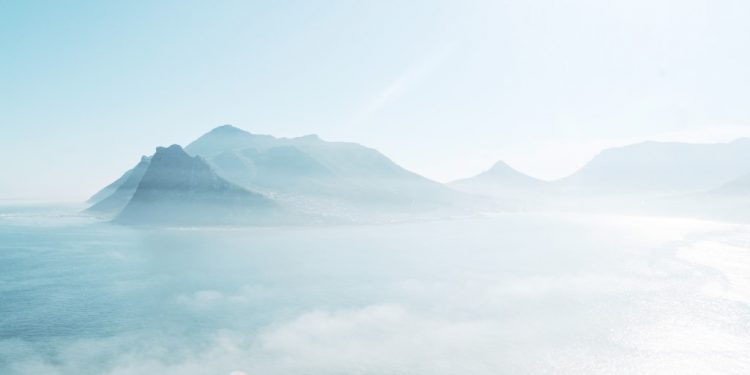 Brian scanned the walls of the same corridor that had become so familiar to him over the past few years. As he entered through door number thirty-two, a tremendous wave of emotion swept over him, and he had to fight not to drown in it. His sister’s face lit up with a vibrant smile and that special twinkle in her eyes, as it always did whenever she saw him.

Peggy was seven years old. She charmed everyone that knew her with her undying enthusiasm. She would talk non-stop to a listening ear, and she seldom cried. Peggy was dying of cancer.

Brian was at the hospital constantly, knowing that his little sister had only a short time to live. His average life as a sixteen-year old had taken a traumatic turn for the worst upon the diagnosis. He loved his sister more than anything, and found himself becoming enraged that she, such a sweet and innocent girl, should be inflicted with such a horrible disease.

Brimming with creativity, Peggy amazed Brian. She had a collection of paper dolls that she had made. All sixty-two were tacked behind her bed. Brian would ask her about the dolls, but she would always just smile, and say happily that they were her friends. He would be saddened by the fact that Peggy could not have the normal life of a seven-year-old, and make her own friends. It would only dishearten him more to watch her play with the other sick children.

Each day that passed was like a ticking time bomb for Brian. Peggy grew physically weaker by the day, but her spirit remained strong. Each one of her smiles pierced his heart. She would ask him why he looked so sad, for he found it difficult to smile, though he pretended that everything was all right. When he wasn’t at the hospital, he would spend most of his time at home, alone in his room. There were times when he would bang his head uncontrollably against the wall until it hurt. He would cry, shamelessly, and throw mad fits for no reason. His life was falling apart, almost as if it was him that was dying.

It was two weeks after Peggy’s eighth birthday that she passed away. Though expected, it broke Brian’s heart. No amount of anticipation could have prepared him for the silence that was Peggy’s passing.

As Brian forced himself to walk through door number thirty-two in the cancer ward one last time, he almost expected to see Peggy sitting on her bed. He prayed that he would see her face light up, just like it always had. It was only the emptiness and coldness of the bed that greeted him, though. He wanted to scream and smash the table lamp on the floor. He wanted to do anything to escape from the silence. Silence was a foreign entity with Peggy around, but she was gone, and its presence was so thick that it suffocated him

Then he saw the tiny paper dolls smiling back at him from the wall. Brian found a shoe box to put them in, unable to throw them away. One by one he removed them from the wall, seeing for the first time the inscriptions on the back of each: Terrah, Ivy, Nicole, Amy, Justin, Chris…and on and on. There was one name that stuck in his mind: Jesse. Jesse had been Peggy’s first and best friend at the hospital. Jesse had died about one year ago. Then Brian began to recognize more names, and he realized why they seemed so familiar.

Peggy’s paper dolls were all the children that had died since she had arrived. When Brian finally pulled the sixty-second doll off the wall with a quivering hand, he realized that there was one that had not been there before. It was purple, Peggy’s favourite colour, with a wide crayon smile. As Brian turned the doll over and read the back, he was snapped out of his state of denial, realizing for the first time that his sister was not coming back. Tears flooded his eyes as the name, scrawled in crayon, “Peggy”, screamed at him.

In his head he could hear the sweet voice that he had known for so long, but for the first time, he understood her. All the time he had been inconspicuous, pretending that everything would turn out all right, for her benefit. (Or maybe it was for his own sake?). All along, she knew that she was going to die, yet not once did she say that it wasn’t fair.

As the memories of Peggy reeled through Brian’s head, he realized that he could not remember a time when she had been truly unhappy. Peggy, only a child, had accepted her disease and death as a part of her life. She faced most people’s worst fear with courage, and the determination to make each day that she lived worthwhile. The dolls were a means of remembrance and symbols of life. Instead of mourning the ones that she had loved, she remembered all the joy that they had brought her. Viewing life through Peggy’s eyes, Brian saw that she didn’t want to be known as the girl that died of cancer, but as the girl that shone like the sun. From his perspective, each day had escorted his sister one step closer to death. Through Peggy’s eyes, each day of her life gave her one more day to shine.

Wrapped up in his own sense of loss, Brian had let her illness eat away at his own mentality. Instead of being a big brother, he had given up, and now it was too late. He could have shared her life with her, if he’d only realized.

Brian looked down at the small paper doll in his hand through salty tears, and he realized that it was not too late. He could still follow in her footsteps, and learn how to seek out the best in any situation. Suddenly he felt the odd sensation of a smile. Though choked with sobs and heartache, it paved the path for more smiles in his life, that he may never have had the courage to find had it not been for Peggy’s attitude. He had never realized that he knew so little about his sister, but most importantly, that he would learn so much from her, the bravest girl on earth.

From that day on, Brian learned not to dwell upon life’s downsides, but to search for the positives that were sometimes hidden in the shadows of his fears.

So often do people live for the future and for what “will be”, that they forget and take for granted “what is”. Peggy understood that the present was a gift. Every day, she would open her gift to discover all of the splendor and happiness that it had to offer. To realize the value of the present is only half of the battle. It is having the courage and the determination to live within it that wins it.

Peggy was gone, but her memory, her heart, and all that was expressed through one child’s paper dolls remained.

Emotional Sayings For The Loss Of A Pet 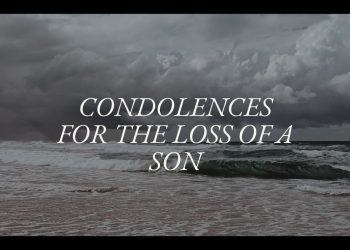 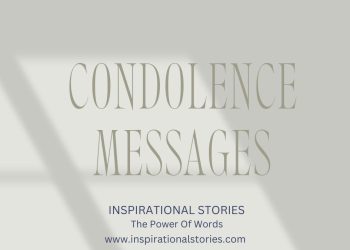 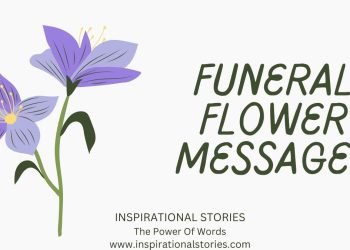 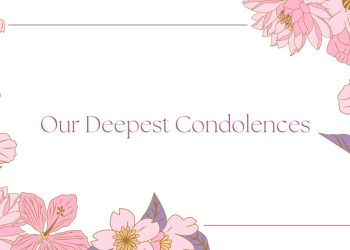 Sympathy Words To Convey Your Condolences