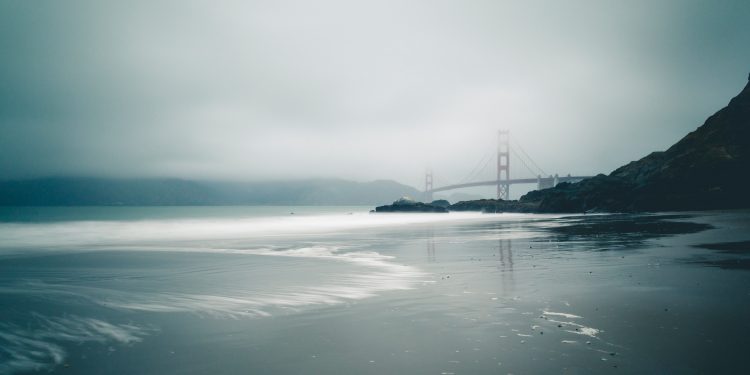 He came into this world eighteen months ago. He has fuzzy blonde hair and the bluest eyes you’ve ever seen.

It was a difficult pregnancy, with many dangers threatening the life of this little miracle I was carrying within me. I had early labor from the third month, and was told that I had to stay in bed to lessen the chance of losing Noah. It was an emotional time for me, with tremendous stress and the constant fear of losing this child I was fighting so hard to give life to. There was little I was allowed to do, and boredom quickly became as constant a companion as the fear. Lying in bed or on the couch for hours on end, with nothing to do but think drove me mad. I became obsessed with the terrible things that might happen, focusing on the negative things in my life, which dragged me into a deep depression and an almost overwhelmingly fearful state of mind. Day after day I lie there, afraid of losing my baby, afraid of being too afraid, and not doing the baby any good by living this way.

I finally began to realize that I could protect my child’s life and still enjoy my life, and started to look for things I could do to keep occupied while bedridden. After much pondering, I finally hit on the perfect project – a “blankie”. I had made one for each of the other children during my pregnancies with them, and there was no reason I couldn’t make one for this one.

As soon as I was far enough along to learn that he was a boy (we immediately picked the name Noah), I chose the softest flannel I could find. It had teddy bears with red bows on one side and light blue checks on the other. I filled it with several layers of batting, making it puffy-cloud soft. I tied it with fuzzy white yarn, and admired my work. It was a beautiful, oh-so-soft “blankie” worthy of the tiny life I made it for. I couldn’t wait to wrap my little son in it!

As the time drew near, I readied all of Noah’s things for his trip home from the hospital. Diaper bag packed, blanket gently folded and laid on top, the day finally arrived.

Because I had gestational diabetes, the ultra sounds showed Noah to be well over eight pounds already, so my doctor induced labor a week early. There were problems with his delivery and he was “stuck” for a long time, so after suction and pushing without any luck, our doctor finally had to literally yank Noah out, informing us that he might have to break his little collar bone! For his first moments in this world, there was no breath, no cry from our little angel. After what seemed like an eternity of sheer terror, Noah finally made the most beautiful sound I’d ever heard. He cried. Noah entered this world a strapping eight pounds, fourteen ounces – a robust bundle of joy! (And no broken shoulder bone!)

The day after he was born, the nurse took him for a hearing screening. When she brought him back, she told me that he failed the hearing test, but not to worry – a number of things could cause that. A week later, he was tested again, and still failed.

We began to do our own testing at home, slamming doors, holding him near the smoke detector and setting it off. Finally, after two months of hearing tests, we were finally told what we knew all along. Noah was deaf.

As we came to terms with Noah’s deafness and all that it meant, we learned to think of new ways to communicate our feelings to him. He was very sick with reflux, colic and had RSV and pneumonia all within the first year of his life, so comforting him without music, a soothing voice, a mother’s lullaby was a challenge.

We quickly learned that nothing comforted him more than touch. Gently rocking him, stroking his little cheeks, holding him to us to feel our voices and to feel connected did wonders. He loved soft things, and would often smile at the touch of a soft teddy bear or other soft toy.

But his favorite comfort has always been the blankie I made for him. We would often check on him during the night to find he had wiggled on top of his blankie, wrapping his arms around it in a sleeping hug. When he was learning to walk and often fell, he always ran to his blankie for comfort. And at times during the day, he’ll stop playing, spot his blankie and run over to give it a quick love. With an “Ahhhhh”, he wraps his chubby little arms around it, lays his head on it, then drops it and toddles off to play again, content with his blankie “fix”.

Noah is a happy, beautiful child. He loves life. His deafness only means that he doesn’t hear. He communicates through sign language, and is a true joy. The struggle it took to bring him into this world has made us appreciate him more. When I look at his blankie, now slightly faded and torn from many hours of snuggling and many washes, I have such pride to have made something that brings my child so much comfort. He loves that blankie.