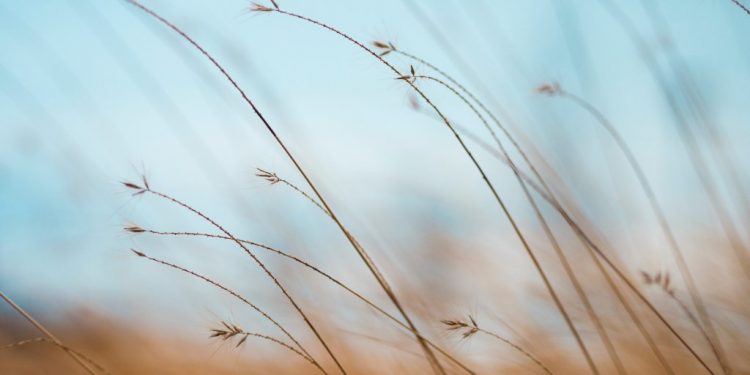 Today had been the day my mother and I had waited for. We packed and we planned every detail carefully for weeks. For my mother and I it was the beginning of a journey that we would take together and the return date was undecided.

When I arrived the Atrium was lush with tropical plants and the soothing colors attempted to control the anxiety. Patio chairs and tables with umbrellas gave the appearance of a festive destination. It was a strange land I had journeyed to. Couples held each other close as they shared laughter or tears. Small faces questioned without words while family members sat in silent prayer. Some prayed with heads bowed and others turned heavenward. People paced, pages of magazines flipped, coins clinked in vending machines and the big clock on the wall measured time that seemed to stand still.

Volunteers clad in turquoise smocks silenced the ringing telephones and delivered information to the tourists stranded on this strange island. She would approach us one by one.

Those five words started a chain of events that would change my life forever.

“Yes, that’s my mother,” I heard myself reply, “but, there must be some mistake. She was just taken to heart surgery twenty minutes ago.”

“Please, follow me, the doctor needs to see you immediately” she stated with no emotion or expression.

As a family we were ushered into a small room to wait. A figure appeared filling the doorway with the news that “something had gone terribly wrong.”

A cold rush of blood filtered through my veins as I heard words but couldn’t comprehend their meaning.

“She had lung spasms as the breathing tube was inserted heart stopped restarted after eight minutes breathing machines I’m sorry.”

Silent screams tore through me as I felt my children’s eyes on me looking for comfort. I had to be strong for my children yet the child in me needed to know, “Is she dead?” I choked the words out.

“No, she is alive but she was without oxygen to the brain too long and she has severe brain damage. She is in a coma, she is in a vegetative state, she will not recover, she is brain dead.”

“SHE” is my MOTHER!” my heart cried. “How can she leave me now when I need her! If she leaves me, I’ll be alone like she was when dad died. He never recovered from his death and I know I’ll never recover from hers.”

Now, I was the lost soul.

Mom was the queen, our matriarch.

As I entered her kingdom I knelt beside her and placed a kiss on her majesty’s hand. Even in this frail lifeless existence she was still the queen. She had reigned over my kingdom for nearly fifty years.

Her elegant purple robe was replaced by the flimsy blue-gray drab hospital gown, a terry cloth towel replaced her golden crown, her jewels of diamonds and rubies were now molded plastic and rubber.

Nearly thirty days the queen was held against her will. Her soul locked in a prison of flesh and bone. We knew it was just a matter of time before the kingdom came crashing down and we were helpless to defend her throne.

Mom’s heart rate grew slower and fainter. She could not speak but her eyes conveyed the message.

“No, Mom, no! Don’t you dare leave me! I’m not ready to assume this responsibility. I don’t want to wear your robe. You are so wise and all the others come to you for strength and guidance!”

Her eyes locked onto mine one final time and I knew she was handing me the keys to her kingdom.

The solid foundation of my childhood had been shaken and I felt it crumbling beneath my feet.

A small stream of tears escaped her eyes and I knew I had become queen. “Mom!” I cried out.

The fortress had become silent and ready or not the kingdom was mine.

It has been two years since the crown was passed to me. There have been many times I proved unworthy of the honor. My children turned to me for wisdom and guidance and I found myself looking for the queen. But, I was the queen now, the decisions were mine to make. How I hated this job! I wasn’t good at it and I didn’t want it. I felt alone and that made me afraid.

I fought hard to carry on. I looked for a book that would instruct me, there were none. Memories of her would rush in and sweep me away. I would cry in the darkness when there was no one to see. I was their queen and I had no time for tears.

When I thought I could endure no more a friend brought to mind that each of us are given challenges and we need to reach deep within to find our strengths. My mother had been the strong one not me. I was reminded that I ‘was my mother’s daughter.’

“What was that supposed to mean?” I had wondered.

Time and time again I was asked to assume the responsibilities and time and time again they became easier. Finally I realized what they had meant. I WAS my mother’s daughter. I had learned from the queen and now it was my turn to teach. A parent’s life is spent teaching our children how to exist without us. Each day she was instilling in me the survival skills I would someday need. She did her job well.

Perhaps, one day, when I hand the jeweled crown over to my daughter she will draw from my strengths and will have learned from my teachings. She will struggle for awhile but in the long run she will become a strong and responsible queen. She will gain strengths from her weaknesses as I did. She will face the world brave and tearless because in this kingdom there is no time for tears.