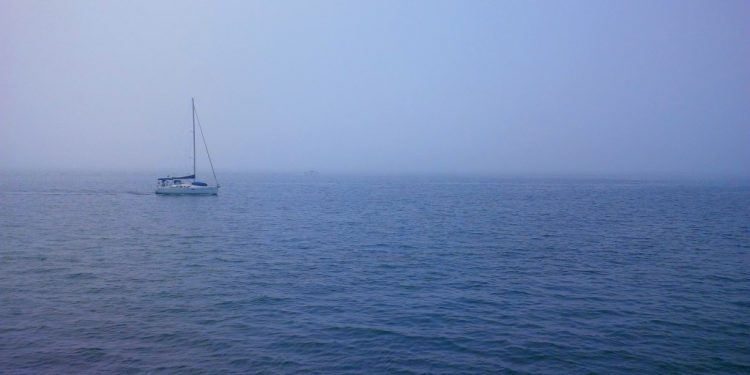 “Merry Christmas Carol” Bernadette told her friend and co-worker of twenty years. It had never occurred to Bernadette to buy Carol a Christmas present, they’d been working together for so long that it was understood that it wasn’t necessary.

“I was in the Toys R Us and he just fell off the shelf, right into my arms. I thought of you as soon as I saw him!” With all the grace and maturity one can muster upon the arrival of a gift, Carol opened the box.

“Max!” Carol exclaimed, hugging the sandy-brown Teddy Bear. She held him close as if to finally see a long lost friend.

Carol had worked at DOT for 20 years and was fast reaching retirement age. So it was time to begin preparations for her and her husband Sam’s dream. One which may not have happened if not for a tragic event a couple of years earlier. Their 22-year-old daughter was killed by a drunk driver on a nearby highway. She and her friends had been very careful and responsible that night and had designated a driver for the night. Regardless of how careful they had been, the man driving the semi was not quite as responsible.

Because of the money they’d received in settlements, they could now afford they’re dream to move to Oregon and own a traveling vacation home. The vacation home was to be 40′ long sleeps 10 comfortably, had a shower and toilet, kitchen with a stove and refrigerator and all the basic luxury’s of life. The home had been ordered and it was now time for Sam to drive to California to pick it up.

Sam had spent most of his working life as a truck driver. With an impeccable record of only one accident in 15 years of driving, and that accident was the result of a man running a red light and slamming into the side of his rig. Needless to say they decided to save a few thousand dollars and Sam would pick it up himself. He knew all the roads, shortcuts to take and dangerous spots to avoid.

Now regardless of how well a driver Sam was, or how careful he promised he would be, Carol was understandably uneasy. We had all grown accustomed to her uneasiness about driving any long distances. Before you left her house, you were sent off with adamant “BE CAREFUL!!!” It honestly worried her that you may not have heard her the first time so she always repeat it, even more adamant than the first time.

“Here take Max” she told him before he walked out the door “He’ll protect you.” Sam loved his wife dearly, and even though this was only to pacify her, he belted Max into the front seat and gave her a kiss goodbye.

Things went well for the next couple of weeks. Carol got lonely, so I went out to eat with her almost every night for a week, just so she didn’t feel lonely. We invited her and her son over to watch movies so they’d forget how much they missed him. Every couple of days, Sam would call and give her a list of his expenses and then spend 15 minutes telling each other how much they missed and loved each other.

One Saturday afternoon, I had gone to my mother’s house for the day. I had bought her an Internet unit and was busy showing her how it worked. The phone line was busy all day, so Carol could not get through. At about ten that night, we’d both decided to turn the machine off and give it a rest for the night. Within minutes, the phone rang.

“Lee, Sam’s been in an accident.” My heart sank. Suddenly, the memory came rushing back.

“Lee, Carol’s been in an accident.” was what she’d told me 3 years earlier. She’d woke me up at about 6 in the morning to tell me that she’d died before the ambulance even arrived. It was one of the worst days of my life. Carol Marie was my best friend. We held each other up when things got hard. I’ll never forget seeing her later that morning, standing in the spot in front of my house where she used to park her car. She was just standing there, crying “my baby”!

This was not a memory flood. This was real stuff. Sam was on his way back from California and had hardly had the home for two days when a big storm hit the area that Sam was supposed to travel to get home. He decided to avoid the storm and take an alternate route, through Nevada. The road was in the middle of a desert with a 25-foot embankment to either side of him. The road was well known for it’s high winds and had a reputation for blowing cars off the road as if they were made of paper. The road was not closed today, so this was the route he took.

Sam drove a semi for many years and was quite experienced in pulling the kind of load he had. Sam was an impeccable driver and what happened next was an act of God. A gust of wind came along and threw the Ford-Diesel and the 40-ft vacation home over the side and down the 25-ft embankment. Immediately, the home came unhitched from the truck. Sam, being belted in the end was OK with a broken hand and a couple of broken ribs.

Once all had landed, the propane tanks on the vacation home exploded immediately and the truck and home were ablaze instantly, and Sam had to crawl out a broken window for his life.

The insurance company paid for a bus ticket home (they’d offered him a plane ticket, but figured he’d had enough excitement for one lifetime) so Carol and I went down town to meet him. On the way home from the bus station, we were of course relieved that he was now home and safe. So it was then we began our barrage of questions.

“What happened, did you see it burn, how long till help arrived…” Most of the answers he gave were to say in the least, forgettable and predictable. We merely asked as if it was the thing to do. No one really wanted to think about it. But I’d asked him what he was thinking as the truck was rolling down the hill.

He said once the truck landed, and he noticed that it was on fire, he’d written himself off for dead. At this point, now that his dream was going up in smoke, he’d figured that this was it. Only, in the process of the truck rolling and tumbling down the hill, Max landed on his lap.

It was this he said, that reminded him it was not the end. In my own mind, it was the bear that saved his life. The bear reminded him, in that critical instant, that he had a family that loved him, and he had moments to get out.

So, here we were, on our way home. Sam had left the house with so much. Forty thousand dollars worth of truck, and fifty-five thousands worth of vacation home. But walking back into his house, he came in a little bit poorer, wiser…maybe. But what was important was that he’d walked into the house with the same thing he left with: his life, his hat, and a Teddy Bear. And one thing extra, firsthand knowledge of the power of love.