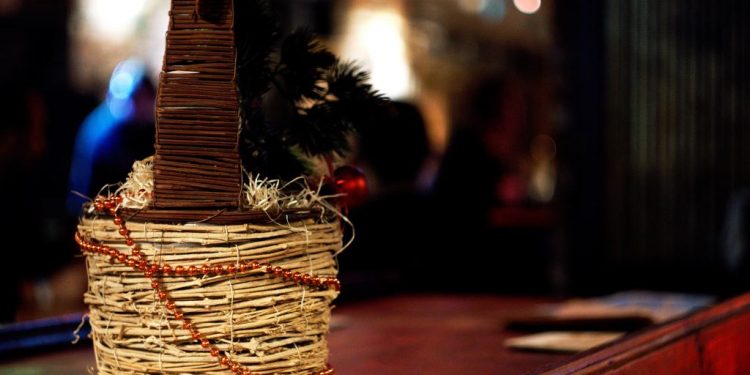 Once when Hyakujo delivered some Zen lectures an old man attended them, unseen by the monks. At the end of each talk when the monks left so did he. But one day he remained after the had gone, and Hyakujo asked him: “Who are you?”

Hyakujo said: “The enlightened man is one with the law of causation.”

At the words of Hyakujo the old man was enlightened. “I am emancipated,” he said, paying homage with a deep bow. “I am no more a fox, but I have to leave my body in my dwelling place behind this mountain. Please perform my funeral as a monk.” The he disappeared.

The next day Hyakujo gave an order through the chief monk to prepare to attend the funeral of a monk. “No one was sick in the infirmary,” wondered the monks. “What does our teacher mean?”

After dinner Hyakujo led the monks out and around the mountain. In a cave, with his staff he poked out the corpse of an old fox and then performed the ceremony of cremation.

That evening Hyakujo gave a talk to the monks and told this story about the law of causation.

Obaku, upon hearing this story, asked Hyakujo: “I understand that a long time ago because a certain person gave a wrong Zen answer he became a fox for five hundred rebirths. Now I was to ask: If some modern master is asked many questions, and he always gives the right answer, what will become of him?”

Hyakujo said: “You come here near me and I will tell you.”

Obaku went near Hyakujo and slapped the teacher’s face with this hand, for he knew this was the answer his teacher intended to give him.

Hyakujo clapped his hands and laughed at the discernment. “I thought a Persian had a red beard,” he said, “and now I know a Persian who has a red beard.”