Great Plan for Christmas, The 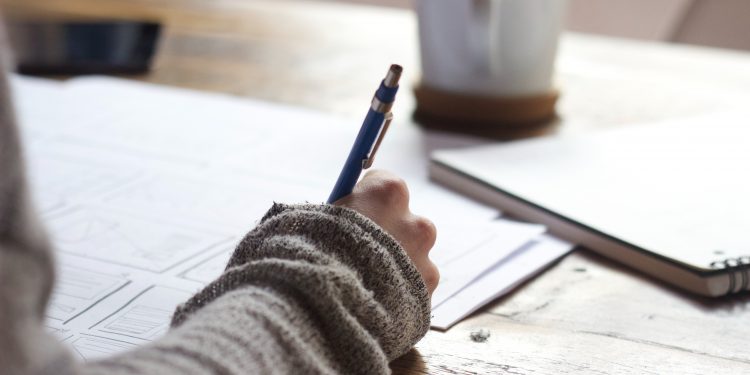 Hesitating, the first snow flakes fell. It was one day before Christmas. There was this small house in front of a big forest, which was breathing quietness. Just every now and then, two rabbits disturbed the peace and quietness. They seemed to be searching for something between the dead leaves. Inside, a man stared through the window, as if he was waiting for something.

Except for the man, there were two other people in the small room. They were his daughters in the age of fifteen and seventeen, who were both reading. The youngest one was called Mary and the oldest Leslie. They were both of the dreaming type, this unlike their father who, being a lumberjack, could not see any good in dreaming.

Quite often, it bothered him that his daughters were reading. This was not in the first place because he could barely read himself but because books were expensive and he did not make a lot. Every once and a while Leslie spoke up by pointing out that they read used books but this did not mean much to the poorly educated lumberjack.

‘Dad, could we please go for an evening walk?’ Leslie asked. The lumberjack growled a bit and then nodded.

Meanwhile, it was snowing considerably and so the girls dressed accordingly. To make sure that they would not get lost, they took the familiar path, which ran along the wood. To go into the wood itself, was even now for an experienced trapper risky. As more snow fell, the evening became lighter.

Mary and Leslie continued in silence. They both had the same thought: their mother who had died a year ago because of terrible fever. So their father’s behaviour was understandable.

When the girls were already at quite a distance from their home, rather suddenly the wind increased. The sisters got a startle out of this because they knew very well what this could mean. They looked at each other but there was no need for words and they returned.

However, a return was out of the question because soon they lost their way. Leslie got overwhelmed by fear and started to cry. Mary tried to comfort her older sister. ‘Take it easy Leslie, we will just wait on this trunk’ she said and put her arm around her sister.

The wind increased to gale force and it seemed as if the snowflakes were trying to beat each other in size and speed. Soon, the snow came to their knees. Leslie was sobbing silently and Mary was praying.

Suddenly, their surroundings were strongly lit. The girls covered their eyes quickly. ‘Don’t be afraid!’ a soft voice said and the sisters looked up at once because they had recognized their mother’s voice. Leslie could not speak at all but Mary felt that this happened for real.

‘O mother, you are returning!’ Mary cried. ‘Only temporarily, after you will have to go on your own on this earth,’ their mother said, emphasizing ‘this’.

The bright white light, which surrounded their mother’s appearance, became less bright and also got different shades of color. ‘Are there more planets like the earth?’ Leslie asked who had recovered from the unusual event. ‘Yes, dearest Leslie, many more but most important is that it is over there always Christmas?’ and their mother brushed away a tear. Now, Leslie could not control her emotions any more either and burst out crying.

Then a miracle occurred: her tears changed into beautiful pearls, which she could catch in her hands. Mary looked up to her mother with a question mark on her face, whose appearance spread now a soft glow.

‘It is really you isn’t it??’ she asked almost begging. ‘Yes Mary, it’s really me. But what happens here is not done by me because only God can do that. This event has a special meaning. It’s an expression of God’s Love for His Creatures. With these pearls part of the hunger, poverty and misery can be solved. Every one of us, gets the chance to perform a very beautiful task; to spread Peace and Love all over the world.’

Tomorrow, it will be Christmas. Your tears will be normal tears again because everybody will have to contribute to the Great Plan him- or herself. Money will only be a tool. One has to act from the heart.

Their mother’s shape began to fade away but Mary and Leslie were not sad. They were very happy because they received the most beautiful Christmas message of their lives.

They did not need to think long about the destination of the pearls. They would give one to their father and the rest would go to the needy ones. They themselves did not even want a pearl since their mother had given them something that was worth much more.