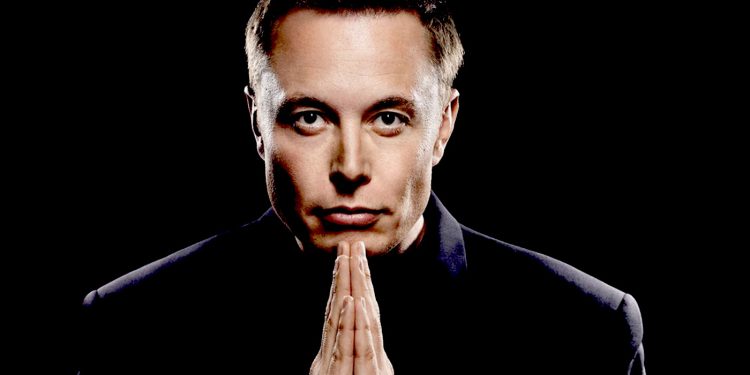 We all know that greatness can be achieved from very humble beginnings, one of the true examples is Elon Musk. PayPal, Tesla, and SpaceX, behind all of these, is one man, and that is Elon Musk, one of the richest men there are. Elon was born on June 28, 1971, in Pretoria, South Africa.

Even from early childhood, Musk showcased extreme dedication and interest in computers and electronics. This dedication led him to develop his own videogame which he later sold to a magazine outlet. For educational purposes, he attended Queen’s University and the University of Pennsylvania in 1992 and 1997 respectively.

Musk knew from the beginning that mankind is destined for greatness, while also being a multi-planet species. Among his greatest achievements are Tesla, SpaceX, Paypal, and many more.

1. “When something is important enough, you do it even if the odds are not in your favor.”

2. “It is important to view knowledge as sort of a semantic tree — make sure you understand the fundamental principles, ie the trunk and big branches, before you get into the leaves/details or there is nothing for them to hang on to.”

4. “You should take the approach that you’re wrong. Your goal is to be less wrong.”

5. “You get paid in direct proportion to the difficulty of problems you solve”

6. “I think it’s very important to have a feedback loop, where you’re constantly thinking about what you’ve done and how you could be doing it better.”

7. “I think it’s important to reason from first principles rather than by analogy. The normal way we conduct our lives is we reason by analogy. [With analogy] we are doing this because it’s like something else that was done, or it is like what other people are doing. [With first principles] you boil things down to the most fundamental truths…and then reason up from there.”

8. “I think it would be great to be born on Earth and die on Mars. Just hopefully not at the point of impact.”

9. “Constantly seek criticism. A well thought out critique of whatever you’re doing is as valuable as gold.”

10. “It is possible for ordinary people to choose to be extraordinary.”

11. “I’m not trying to be anyone’s savior. I’m just trying to think about the future and not be sad.”

12. “No, I don’t ever give up. I’d have to be dead or completely incapacitated”

14. “When something is important enough, you do it even if the odds are not in your favor.”

15. “The first step is to establish that something is possible then probability will occur.”

16. “I came to the conclusion that we should aspire to increase the scope and scale of human consciousness in order to better understand what questions to ask. Really, the only thing that makes sense is to strive for greater collective enlightenment.”

17. “The idea of lying on a beach as my main thing just sounds like the worst. It sounds horrible to me. I would go bonkers. I would have to be on serious drugs. I’d be super-duper bored. I like high intensity.”

19. “Any product that needs a manual to work is broken.”

20. “I take the position that I’m always to some degree wrong, and the aspiration is to be less wrong.”

21. “There needs to be an intersection of the set of people who wish to go, and the set of people who can afford to go…and that intersection of sets has to be enough to establish a self-sustaining civilization. My rough guess is that for a half-million dollars, there are enough people that could afford to go and would want to go. But it’s not going to be a vacation jaunt. It’s going to be saving up all your money and selling all your stuff, like when people moved to the early American colonies…even at a million people you’re assuming an incredible amount of productivity per person because you would need to recreate the entire industrial base on Mars. You would need to mine and refine all of these different materials, in a much more difficult environment than Earth. There would be no trees growing. There would be no oxygen or nitrogen that are just there. No oil. Excluding organic growth, if you could take 100 people at a time, you would need 10,000 trips to get to a million people. But you would also need a lot of cargo to support those people. In fact, your cargo-to-person ratio is going to be quite high. It would probably be 10 cargo trips for every human trip, so more like 100,000 trips. And we’re talking 100,000 trips of a giant spaceship…If we can establish a Mars colony, we can almost certainly colonize the whole Solar System, because we’ll have created a strong economic forcing function for the improvement of space travel. We’ll go to the moons of Jupiter, at least some of the outer ones for sure, and probably Titan on Saturn, and the asteroids. Once we have that forcing function, and an Earth-to-Mars economy, we’ll cover the whole Solar System. But the key is that we have to make the Mars thing work. If we’re going to have any chance of sending stuff to other star systems, we need to be laser-focused on becoming a multi-planet civilization. That’s the next step.”

22. “Constantly think about how you could be doing things better.”

23. “They were building a Ferrari for every launch when it was possible that a Honda Accord might do the trick.”

24. “It’s OK to have your eggs in one basket as long as you control what happens to that basket.”

25. “One of the really tough things is figuring out what questions to ask. Once you figure out the question, then the answer is relatively easy.”

26. “One of the biggest mistakes we made was trying to automate things that are super easy for a person to do, but super hard for a robot to do.”

27. “You need to live in a dome initially, but over time you could terraform Mars to look like Earth and eventually walk around outside without anything on… So it’s a fixer-upper of a planet.”

28. “Every person in your company is a vector. Your progress is determined by the sum of all vectors.  ”

29. “I could go and buy one of the islands in the The Bahamas and turn it into my personal fiefdom, but I am much more interested in trying to build and create a new company.”

30. “It’s pretty hard to get to another star system. Alpha Centauri is four light-years away, so if you go at 10 percent of the speed of light, it’s going to take you 40 years, and that’s assuming you can instantly reach that speed, which isn’t going to be the case. You have to accelerate. You have to build up to 20 or 30 percent and then slow down, assuming you want to stay at Alpha Centauri and not go zipping past. It’s just hard. With current life spans, you need generational ships. You need antimatter drives because that’s the most mass-efficient. It’s doable, but it’s super slow.”

32. “The idea of lying on a beach as my main thing just sounds like the worst — it sounds horrible to me. I would go bonkers. I would have to be on serious drugs. I’d be super-duper bored. I like high intensity.”

33. “When I was a little kid, I was really scared of the dark. But then I came to understand, dark just means the absence of photons in the visible wavelength–400 to 700 nanometers. Then I thought, well, it’s really silly to be afraid of a lack of photons. Then I wasn’t afraid of the dark anymore after that.”

34. “I’m not trying to be anyone’s savior. I just try to think about the future and not be sad”

35. “I think we have a duty to maintain the light of consciousness, to make sure it continues into the future”

38. “If you’re not concerned about AI safety, you should be. Vastly more risk than North Korea.”

39. “If humanity is to become multi-planetary, the fundamental breakthrough that needs to occur in rocketry is a rapidly and completely reusable rocket … achieving it would be on a par with what the Wright brothers did. It’s the fundamental thing that’s necessary for humanity to become a space-faring civilization. America would never have been colonized if ships weren’t reusable.”

40. “America is the spirit of human exploration distilled.”

41. “Life needs to be more than just solving problems every day. You need to wake up and be excited about the future.”

43. “If something is important enough, you do it even if the odds aren’t in your favor.”

44. “I think it is possible for ordinary people to choose to be extraordinary.”

46. “If something is important enough, you should try even if the probable outcome is a failure.”

47. “I mean, I think that if people are concerned about volatility, they should definitely not buy our stock. I’m not here [on an earnings call] to convince you to buy [Tesla] stock. Do not buy it if volatility is scary. There you go.”

48. “When something is important enough you should try even if the probable outcome is a failure.”

49. “Buy & hold stock in companies where you love the product roadmap, sell where you don’t.”

50. “Education is basically downloading data and algorithms into your brain.”

52. “Never chase the next hot thing. Stop trying to chase the wave. You will never catch it. You always for the most part find out about that stuff too late. Instead, do what you are really passionate about, what you really love. That will position you before the wave even hits, and you will find out about whatever it is before the wave starts before it gets hot, and that is how you take advantage.”

53. “There have to be reasons that you get up in the morning and you want to live. Why do you want to live? What’s the point? What inspires you? What do you love about the future?”

54. “The only thing that makes sense to do is strive for greater collective enlightenment.”

55. “I think that’s the single best piece of advice: constantly think about how you could be doing things better and questioning yourself.”

56. “When something is important enough. you do it. even if the odds are not in your favor.”

57. “Excessive use of made-up acronyms is a significant impediment to communication […] No one can actually remember all these acronyms and people don’t want to seem dumb in a meeting, so they just sit there in ignorance. This is particularly tough on new employees.”

58. “Science is discovering the essential truths about what exists in the Universe, engineering is about creating things that never existed”