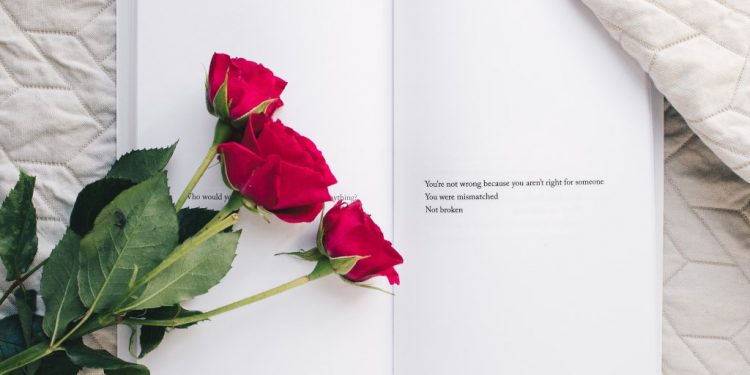 When did my life begin? In all truth I would have to say that it began eight days before Christmas when I was already the mature age of nine years old. Or to be more exact, I was nine and a half. That extra half makes all the difference in the world to a child who wants to grow up quickly. December 17, 1986, that is the day I so vividly remember. My mind is a VCR that can play, rewind, fast forward and pause any second of that day. But regretfully, I cannot stop it.

Oh yes, it started out just like any regular day for a young boy just itching to get out of school as quickly as possible. I was always the teacher’s pet and the quiet type but just between you and me, school was no roller coaster ride. The most terrifying thing I remember is my teacher from that year. Oh how I would dread the end of the school day. Miss Tanner would stand by the door as we filed out one by one and kiss us on the cheek. It was a slobbering mess.

I cannot recall what the weather was like that day – it seems like such a trite and needless detail. But I can tell you this much; we lived in South Florida, so I can pretty much guarantee you that it was hotter than hell on Fry Day. The sky may have been blue but your skin would be bright red. No, I don’t remember what the weather was like, but I do know that it couldn’t have been beautiful.

I would meet my sister, Sarah, at the bike racks as soon as school let out. She was two years younger than I and probably a lot prettier. We lived nearly two miles from the school grounds and had driven our bikes to and from the campus all year. We walked the distance before that year because there were no sidewalks along the side of the road leading to our home. Our parents both worked full time and riding our bikes back and forth wasn’t exactly a hardship, it was more like a grown-up responsibility. More importantly, it was fun.

Now you have to understand, we needed to get home as quickly as possible. With Christmas being so close, we assured ourselves that there were possibly unwrapped presents lying around hidden in our parents’ room. The goal was to get home before Mom and Dad. My sister and I were cohorts in this great and terrible deed. Pssst?it wasn’t the first time.

Anyway, we rode like mad, passing by tons of new houses going up in our developing city. New hotels and supermarkets were arriving nearly everyday. There were many times we saw a tour bus drive by slowly filled with people eager to spend every penny they had. On what, I have no idea. Royal Palm Beach was just a speck becoming a star at the time.

A smiling crossing guard led us silently across the last intersection before our intended destination. Just four more blocks and we waited side by side for the traffic to subside before crossing the street to the dirt road our house was on. Two more minutes and we might have to chance to sneak a peek at our presents.

I don’t know which way my eyes were looking but I did see the white van. It was the last vehicle that would pass us before we crossed the street. I looked over at Sarah. Her eyes were focused on something down the road in the opposite direction. That’s when I realized that her feet were propelling her bike forward.

“Sarah, No!” I screamed at the top of my lungs. She was in the opposite lane, almost across the street. Screeching tires. My sister never turned her head. I watched her fly off of her bike and skid several feet along the harsh pavement.

The driver of the white van jumped out quickly. He slammed the door shut and pressed his body against the side of his vehicle. He pounded his fists furiously against it. I looked at my sister lying there helplessly. There was no movement.

“I’m going to get my parents!” I shouted at the driver, not knowing what I should do or say. He glanced at me but said nothing. I ran down that old dirt road faster than a cheetah could dare ever hope for. All the while I was shouting, ” Mom, Dad?Mom, Dad!” Our house was the fifth one on the right. It was a small, prefabricated home sitting on a large hill on two acres with a nice pond in the front.

I could see the front door open from halfway down the street. My mother had a hand over her chest.

“Sarah got run over! Sarah got run over!” My mother bounded furiously down the steps and ran down that road faster in flip-flops much faster than I had in my tennis shoes. She never once looked at me or anything else on her desperate journey. Her sights were only set on keeping her daughter alive.

I continued to run all the way to our house. My father stood there looming in the hallway. I couldn’t understand why he just stood there. I told him again that his daughter had been run over. He walked slowly to the phone and started dialing. He only dialed one number before asking, “This is a joke, isn’t it?”

A neighbor took me over to her house only a few moments later. My father disappeared to join my mother. I wanted so badly to know what was going on. I deserved to be with my sister. She was my best friend. A friend of my mother’s picked my up nearly thirty minutes later. She had a daughter that was my age that was a friend of my sister and I.

At their house I watched the movie ‘Never Ending Story’ nearly all the way through. I spent most of the time crying by myself though. It was then that Mrs. Cramer came to me and said it was time to go home. She looked tired and her daughter was crying hysterically. I was only confused. No one told me anything. I just wanted to see my sister and make sure she was going to okay. She was going to just fine, I never doubted that for one minute.

Mrs. Cramer stopped the car halfway down the driveway and told her daughter to go pick a rose from the rosebushes in their front yard. She only cried more as she did so.

When we finally got back to my house there were people everywhere. Friends, neighbors, family, and police. My father grabbed me by the shoulders and led me to an old wooden swing just in front of the house. He sat beside me and without any fanfare or explanation he said, ” Tim, your sister is dead.”

Yes, that is the day my life began, eight days before Christmas. It changed the way I feel about people and events. Christmas presents aren’t the most important things in life?family and friends are. I cherish and respect every living day. I learned early on that you must let the ones you love know that you love them. Thirteen years later I still cry when I think about my sister and that terrible day. I don’t remember much about her and I can’t even picture what she looks like in my mind. But I do know this; I know I loved her.

Lesson from Kobe, A