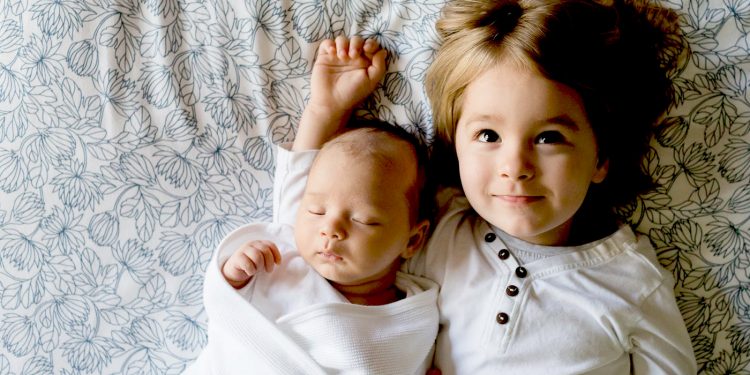 A brother is a blessing in your life for a lifetime. He will be your best friend, who stays around no matter what. Irrespective of the emotional state one is in, a brother will sniff the true emotions by just looking at you. It is not possible to hide your feelings as your brother will always catch you red-handed.

A brother is always the underappreciated superhero in our lives, who deserves all the love, care, attention, kindness, and happiness in the world. The Sibling will always care for you no matter what.

Pain shared, my brother, is pain not doubled but halved. No man is an island Neil Gaiman

Take care of brothers and sisters who are weaker … the elderly, the sick, the hungry, the homeless and strangers, because we will be judged on this. Pope Francis

When I got into Anna Karenina” and “Brothers Karamazov” and “Crime and Punishment that was the stuff that – that had a big effect on me, because it was so psychological. Bruce Springsteen

Who combats with a brother, wounds himself. Edward Young

All wars are civil wars, because all men are brothers. Francois Fenelon

So the brother in black offers to these United States the source of courage that endures, and laughter. Zora Neale Hurston

Every one of us should be ashamed to be free while his brother is a slave. Frederick Douglass

Do not think little of any good deed, even if it is just greeting your brother with a smile. Muhammad

Being pretty on the inside means you don’t hit your brother and you eat all your peas – that’s what my grandma taught me. Lord Chesterfield

The miser, starving his brother’s body, starves also his own soul, and at death shall creep out of his great estate of injustice, poor and naked and miserable Theodore Parker

It [his brothers assassination] made Robert Kennedy, a man unprepared for introspection, think for the first time in his life, what he wanted to do, and what he stood for. Jack Newfield

You smoke a joint and you’re likely to kill your brother. Harry J. Anslinger

Let us render the tyrant no aid; let us not hold the light by which he can trace the footprints of our flying brother. Frederick Douglass

War is organized murder and torture against our brothers. Alfred Adler

We have blacks and whites, Jews and Arabs, Serbs and Croats, and Filipinos and Vietnamese here. At the end of the day, everyone is each other’s brother. Bobby Slayton

My wife and I were shopping for the whole family. In the music department my wife said, Let’s get your nephew a set of drums. That’s what your brother did to us last year.”” Milton Berle

My sister-in-law found a real surprise in her stockings – my brother. Milton Berle

My brother Cody is 19. He wants to stay out of the limelight and become a lawyer. I want him to be an entertainment lawyer, so he can help me out! Lindsay Lohan

You don’t live in a world all alone. Your brothers are here too. Albert Schweitzer

Christmas was the one time of year when my brothers surfaced at home, when my parents and grandparents congregated to eat my mother’s roast turkey. Amanda Lindhout

If I’m at a party and someone puts on a Blues Brothers tape, I tend to go nuts. Todd Barry

Man has no right to kill his brother. It is no excuse that he does so in uniform: he only adds the infamy of servitude to the crime of murder. Percy Bysshe Shelley

My other family is Fleetwood Mac. I don’t need the money, but there’s an emotional need for me to go on the road again. There’s a love there; we’re a band of brothers. Stevie Nicks

I bought my brother some gift-wrap for Christmas. I took it to the gift wrap department and told them to wrap it, but in a different print so he would know when to stop unwrapping. Steven Wright

I was very aware of Jeff Buckley. My brother actually bought me The Mamas And The Papas and Jeff Buckley for my birthday when I was in my early teens. Imogen Poots

When you’re picking a basketball team, you’ll take the brother over the guy with the yarmulke. Why? Because you’re playing the odds. Adam Carolla

I want to be the white man’s brother, not his brother-in-law. Martin Luther King, Jr.

It is good that we do not have to try to kill the sun or the moon or the stars. It is enough to live on the sea and kill our true brothers. Ernest Hemingway

You are killing me, fish, the old man thought. But you have a right to. Never have I seen a greater, or more beautiful, or a calmer or more noble thing than you, brother. Ernest Hemingway

This religion (Islam) recognizes all men as brothers. It accepts all human beings as equals before God, and as equal members in the Human Family of Mankind. Malcolm X

I am none of those nonsensical fools that can whine and make romantic love–I leave that to younger brothers. Let my estate speakfor me. Sarah Fielding

My brothers can be a little out of control sometimes and so somebody has to be able to keep them focused. Keenen Ivory Wayans

I was a nut for Dostoevsky. You can tell a lot from what people read between those ages. My brother was a Steinbeck freak and now he lives in a little village in New Hampshire and he’s a baker. Vincent Kartheiser

Brother Quotes on a Forever Companion

When you have no one to fall back on, you can blindly expect your brother to be your savior in every aspect of life. It is very reassuring to know that your brother would always be around. And most of us have taken umpteen undue advantages of it too. To plan and plot any mischief, your brother is by default your accomplice in every play. Be it troubling elders or annoying the younger ones, a brother is a perfect company.

In case you are caught by parents, you know that you will be sharing the chiding and punishments, which in itself becomes a fun memory to cherish later. The quotes below will remind you of the happy childhood days.

“Sometimes we need someone to simply be there. Not to fix anything, or to do anything in particular, but just to let us feel that we are cared and supported.” 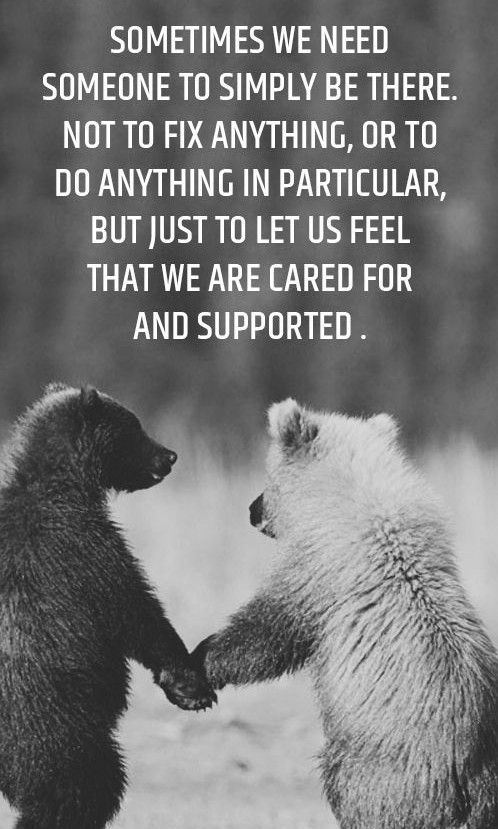 “Brotherhood means… I will always come for you no matter the cost.”

“The younger brother must help to pay for the pleasures of the elder.” – Jane Austen

“A brother is someone who knows there’s something wrong even when you have the biggest smile on your face.”

“When I look at each of my brothers, I see two things. First, I see the next place I want to leave a rosy welt. Second, I see a good man who will always be there, no matter how hard life gets for me or him. Then, I get out of the way because I realize he’s coming at me with a wet dish towel.” – Dan Pearce

“My brother is my only best friend. No one can replace him.”

“Of all the toys I have to play, I’d choose my brothers and day.”

“The highlight of my childhood was making my brother laugh so hard that food came out his nose.”

Never make a companion equal to a brother. Hesiod

A sibling is the lens through which you see your childhood. Ann Hood

Half the time when brothers wrestle, it’s just an excuse to hug each other. James Patterson

When brothers agree, no fortress is so strong as their common life. Antisthenes

If thy brother wrongs thee, remember not so much his wrong-doing, but more than ever that he is thy brother. Epictetus

Brothers are what best friends can never be. Unknown

A friend is a brother who was once a bother. Unknown

My father used to play with my brother and me in the yard. Mother would come out and say, “You’re tearing up the grass”. “We’re not raising grass,” Dad would reply. “We’re raising boys”. Harmon Kellebrew

A brother has a fundamental right to tease you with innumerable things like calling you fat, weak, pulling your leg, insulting you by calling you dumb, or passing sarcastic remarks. But he will not tolerate anyone else teasing you for any reason possible.

Even if the logic of teasing you plays well he will not allow anyone else to demean you. He is probably the second guy on the planet after your father, who will love you immensely but never show that to you. There is no reason to put any filter as you can talk to him about anything and he will help you out. The quotes below paint these emotions.

I’m the oldest, I make the rules. I’m in the middle, I’m the reason we have rules. I’m the youngest the rules don’t apply to me. Unknown.

You and I are brothers. Always remember that if you fall, I will pick you up… after I finish laughing. Unknown

My sister was drowning in the ocean once, and my brother and I dove in and saved her. True story. She owes us her life. It’s great leverage; we abuse it all the time! Matt Barr

When I look at each of my brothers, I see two things. First, I see the next place I want to leave a rosy welt. Second, I see a good man who will always be there, no matter how hard life gets for me or him. Then, I get out of the way because I realize he’s coming at me with a wet dish towel. Dan Pearce

My other brother-in-law died. He was a karate expert, then joined the army. The first time he saluted, he killed himself. Henny Youngman

Brothers are children of the same parents, each of whom is perfectly normal until they get together. Sam Levenson

Home is wherever my bunch of crazies are. Unknown

The best way to get a puppy is to beg for a baby brother – and they’ll settle for a puppy every time. Winston Pendelton

I grew up with six brothers. That’s how I learned to dance – waiting for the bathroom. Bob Hope

It doesn’t matter if you have a younger or elder brother as your sibling or cousin, brothers are bound to make your life more beautiful, fun, bearable and difficult for you. Brothers do irritate you but they will always give you the support that you need to deal with any struggles in life.