by: Carmen Leal-Pock, , Faces of Huntington's 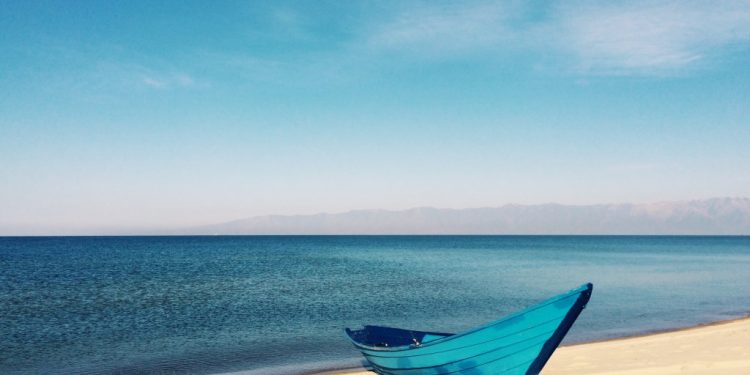 The glitter of green stones drew me to the solitary display case. The light bounced off the silver and glass. Amidst the jumble of holiday shoppers, I made my way to the corner area reserved for fine jewelry and gazed upon the bracelet, noticing the unique handiwork. The beaten silver, fashioned in such a way as to resemble diamond chips, was delightful. Seeing dozens of dark green emeralds, I knew this was a one-of-a-kind treasure.

As I stared in wonder at the intricate piece, I remembered a promise my husband had made. David had bought me a lovely gift four years before on our honeymoon. He had selected an emerald green Austrian crystal and seed pearl bracelet in honor of my May birthstone. As he fastened it on my wrist, he lovingly said, “I promise you that soon I will buy you real emeralds. Just wait.” Though I loved the honeymoon gift, deep down I looked forward to Davids promise.

Until that time however, I still delighted in wearing the delicate creation. I wore it frequently, each time remembering the island boutique. Whenever David saw the bracelet, he remembered his promise, and would reassure me that the time was coming soon when he would keep it.

It became our habit over the years to look in every jewelry store window as if searching for the Holy Grail. We wandered in and out of countless shops, becoming discouraged when we realized the cost of the promise was well beyond our means. I soon wavered in my belief that I would ever own what David desired to give me. However David never lost faith.

Now we were in the mall to during the last week before Christmas to buy gifts for our children. Finances were tight; we had agreed there would be no exchange of gifts between us. We had just completed one of the most stressful years possible. With Davids diagnosis of Huntington’s Disease, our lives had forever changed. This terminal, neurological disorder had pitched us into a panic, not to mention near bankruptcy.

I looked up from the case into David’s eyes and saw love shining even brighter than the stones. I could tell in his mind that nothing short of this bracelet would satisfy his honeymoon promise, but I knew there was no way we could possibly afford it. I tried to tell him but the words died on my lips. He he’d had so many disappointments this year, I didnt have the heart to tell him the answer was no.

Thinking fast, I came up with a reason to decline what I knew was an offer I could not accept. I have large wrists and normally bracelets dont fit. As the store clerk reverently lifted the object out of the case, I knew it would be too small.

The silver and green made a colorful contrast against my brown skin. I silently acknowledged how much I wanted this bracelet while hoping it would not fit. As the clerk reached around my wrist and closed the intricate clasp, my heart both plummeted and leapt. It fit! It was perfect, yet I knew there was no way we could afford it. The unpaid bills, with more looming in the future, had placed a vise around our checkbook.

I glanced at my best friend and saw his shining smile burst forth. This man, who had never hurt anyone, was now the victim of one of the cruelest diseases known to man. His was a sentence with only one verdict. Death. Untimely, slow and cruel death. My eyes brimmed with tears as I realized we would not live out our dream of growing old together. To David, this was not just one more bauble in an already overcrowded jewelry box. Rather, this was his love displayed on my arm for all the world to see. To David, a promise made was a promise kept. I sadly realized that he might not have many more months or years to keep his promise. Suddenly it became the most important covenant ever made. Somehow I had to juggle the bills to let him have the honor of keeping his promise.

“Do you like it?” he whispered. Hearing the hope in his voice, mingled with seeing the love in his eyes, was something I am sure few women ever have the privilege of experiencing. It was clear that David cherished me. All he ever wanted, from the day we met, was to please me.

The clerk reached for my arm to remove the bracelet. I could not believe this little object had worked its way into my heart so quickly. “How much is it?” I finally asked. Slowly the man turned over the little white tag. Two-hundred fifty dollars it read. Surely it was a mistake! I had seen enough to know that price was only a fraction of its worth.

The man began to extol the virtues of the item pointing out the one hundred and eighty emeralds in a hand made Brazilian setting. But even though two hundred fifty dollars was an incredible price, it might as well have been $2,500.00, for all we could stretch our meager budget. Without thinking I asked, “Would you take two hundred twenty-five dollars, tax included?” I surprised myself at that question because shops in malls do not normally bargain. He looked at me in surprise and answered, “That will be fine.”

Before he could change his mind I whipped out my credit card, all the while watching as David beamed with pride. The man quickly handled the transaction and we were on our way. Every few steps we would stop and look at the bracelet. Before we reached the car, David said, “When I get sicker and eventually die, you need to look at each emerald. Each one will remind you of something special weve done. A trip we took, a movie we saw, or a moment we shared. This will be your memory bracelet.” I began to cry. David’s concern was not his own failing health but for how I would handle life without him.

As we worked our way home in the bumper to bumper traffic in rush hour Honolulu, I wondered just how we could pay for the bracelet. Oddly enough I never really panicked, I was just somehow curious how it would all work out. We talked as we travelled and every so often looked at the miracle of the promise kept.

On the way into the house I grabbed the mail and began to open it as we walked inside. Amidst the usual bills were two cards. I opened the first which was from a church where I had sung several times that year. It was a thank you note for my music ministry along with a gift. I was speechless. I was looking at a check for two hundred dollars! I reached for the second card and slit it open. Out fell two bills; a twenty and a five. The card was simply signed, “A friend in Christ.”

I looked up at David and we both began to laugh. I remembered how I had felt the need to ask the clerk if he would take two hundred twenty-five dollars, tax included. Even as we were in the mall, the payment for David’s promise was in the mailbox. God had already taken care of every detail, including the twenty-five dollars plus tax.

It is just a piece of jewelry. Something I could have lived without. But the memories attached to our time together have helped to make me the woman I am today. The exquisite joy and the unspeakable grief of this relationship have grown me in ways I could never have anticipated. The promise David spoke on our honeymoon had been fulfilled. It was only through God that we stopped at that shop on that day to find that specific bracelet. The pastor of a small church, coupled with an unknown friend, listened to God as they decided their holiday giving.

Before I was ever born, God made another promise. He promised me eternal salvation. He promised He would be with me every step of the way. All I had to do was ask. Just as God never stopped believing I would claim that first promise, David never stopped believing in his bracelet promise. When I wear my emeralds, I pull out memories I have tucked away in my heart. I also remember David’s faith and Gods promises.