by: Sulamith Ish-Kishor, A 3rd Serving of Chicken Soup for the Soul 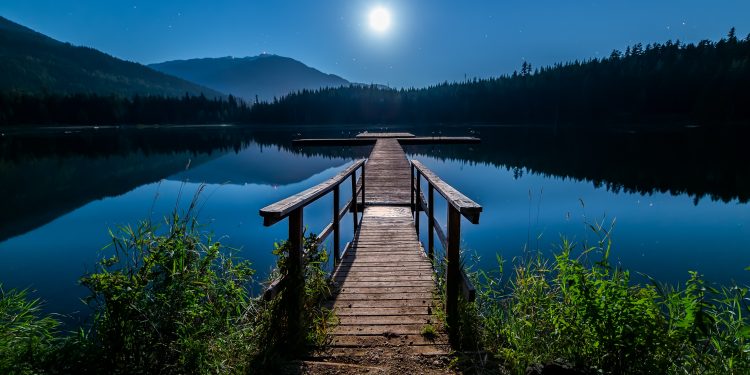 Six minutes to six, said the great round clock over the information booth in Grand Central Station. The tall young Army lieutenant who had just come from the direction of the tracks lifted his sunburned face, and his eyes narrowed to note the exact time. His heart was pounding with a beat that shocked him because he could not control it. In six minutes, he would see the woman who had filled such a special place in his life for the past 13 months, the woman he had never seen, yet whose written words had been with him and sustained him unfailingly.

He placed himself as close as he could to the information booth, just beyond the ring of people besieging the clerks…

Lieutenant Blandford remembered one night in particular, the worst of the fighting, when his plane had been caught in the midst of a pack of Zeros. He had seen the grinning face of one of the enemy pilots.

In one of his letters, he had confessed to her that he often felt fear, and only a few days before this battle, he had received her answer: “Of course you fear … all brave men do. Didn’t King David know fear? That’s why he wrote the 23rd Psalm. Next time you doubt yourself, I want you to hear my voice reciting to you: ‘Yea, though I walk through the valley of the shadow of death, I shall fear no evil, for Thou art with me.'” And he had remembered; he had heard her imagined voice, and it had renewed his strength and skill.

Now he was going to hear her real voice. Four minutes to six. His face grew sharp.

Under the immense, starred roof, people were walking fast, like threads of color being woven into a gray web. A girl passed close to him, and Lieutenant Blandford started. She was wearing a red flower in her suit lapel, but it was a crimson sweet pea, not the little red rose they had agreed upon. Besides, this girl was too young, about 18, whereas Hollis Meynell had frankly told him she was 30. “Well, what of it?” he had answered. “I’m 32.” He was 29.

His mind went back to that book – the book the Lord Himself must have put into his hands out of the hundreds of Army library books sent to the Florida training camp. Of Human Bondage, it was; and throughout the book were notes in a woman’s writing. He had always hated that writing-in-habit, but these remarks were different. He had never believed that a woman could see into a man’s heart so tenderly, so understandingly. Her name was on the bookplate: Hollis Meynell. He had got hold of a New York City telephone book and found her address. He had written, she had answered. Next day he had been shipped out, but they had gone on writing.

For 13 months, she had faithfully replied, and more than replied. When his letters did not arrive she wrote anyway, and now he believed he loved her, and she loved him.

But she had refused all his pleas to send him her photograph. That seemed rather bad, of course. But she had explained: “If your feeling for me has any reality, any honest basis, what I look like won’t matter. Suppose I’m beautiful. I’d always be haunted by the feeling that you had been taking a chance on just that, and that kind of love would disgust me. Suppose I’m plain (and you must admit that this is more likely). Then I’d always fear that you were going on writing to me only because you were lonely and had no one else. No, don’t ask for my picture. When you come to New York, you shall see me and then you shall make your decision. Remember, both of us are free to stop or to go on after that – whichever we choose…”

One minute to six – he pulled hard on a cigarette.

Then Lieutenant Blandford’s heart leaped higher than his plane had ever done.

A young woman was coming toward him. Her figure was long and slim; her blond hair lay back in curls from her delicate ears. Her eyes were blue as flowers, her lips and chin had a gentle firmness. In her pale green suit, she was like springtime come alive.

He started toward her, entirely forgetting to notice that she was wearing no rose, and as he moved, a small, provocative smile curved her lips.

“Going my way, soldier?” she murmured.

Uncontrollably, he made one step closer to her. Then he saw Hollis Meynell.

She was standing almost directly behind the girl, a woman well past 40, her graying hair tucked under a worn hat. She was more than plump; her thick-ankled feet were thrust into low- heeled shoes. But she wore a red rose in the rumpled lapel of her brown coat.

The girl in the green suit was walking quickly away.

Blandford felt as though he were being split in two, so keen was his desire to follow the girl, yet so deep was his longing for the woman whose spirit had truly companioned and upheld his own; and there she stood. Her pale, plump face was gentle and sensible; he could see that now. Her gray eyes had a warm, kindly twinkle.

Lieutenant Blandford did not hesitate. His fingers gripped the small worn, blue leather copy of Of Human Bondage, which was to identify him to her. This would not be love, but it would be something precious, something perhaps even rarer than love – a friendship for which he had been and must ever be grateful.

He squared his broad shoulders, saluted and held the book out toward the woman, although even while he spoke he felt shocked by the bitterness of his disappointment.

“I’m Lieutenant John Blandford, and you – you are miss Meynell. I’m so glad you could meet me. May…may I take you to dinner?”

The woman’s face broadened in a tolerant smile. “I don’t know what this is all about, son,” she answered. “That young lady in the green suit – the one who just went by – begged me to wear this rose on my coat. And she said that if you asked me to go out with you, I should tell you that she’s waiting for you in that big restaurant across the street. She said it was some kind of a test. I’ve got two boys with Uncle Sam myself, so I didn’t mind to oblige you.”