Once upon a time there was a leafy tree in a field. Leaves grew densely on the tall branches. The roots were deeply into the ground. The tree was the most remarkable among the rest.

The tree then became the home for some birds. They built their nests and they lived on his branches. The birds made holes on him, and they hatched their eggs within the greatness of the tree. The tree felt so delighted because he was accompanied as he walked through his long lasting days.

People were grateful for the presence of the tree. They often came over and sheltered under him. Under his branches, they sat down and opened their picnic baskets. This tree is very useful, thats what the people said everytime they went home from shelter. The tree was very proud hearing those compliments.

However, time went on. The tree was beginning to be sick. His leaves and twigs were falling, then his body became thin and pale. The greatness he used to have was fading away. Birds felt reluctant to build their nests there. No one would come to sit under the tree to shelter anymore.

The tree wept, Oh God, why is it so hard for me? I need friends. Now no one would come close to me. Why do you take all the glory I used to have? The tree cried loudly, so it echoed throughout the forest. Why wouldnt you cut me down, so I dont have to bear this suffering? The tree kept on crying, and his tears were running down his dry body.

Seasons came and went, but his condition had not changed. The tree was still feeling lonely. His branches became drier and drier. Every night the tree wept and cried, until the morning broke.

Cheep…chirp….cheep Ah, what was that noise? Oh, its a little baby bird who has just pipped from the egg. The old tree woke up from his daydream.

Cheep…chirp…cheep, the noise became louder and louder. There was another baby bird. Not long after that, the tree became noisy because of the birth of new baby birds. One…two…three…and four baby birds have been born to this world. Ah, He has answered my prayers, exclaimed the old tree.

The day after, there were many birds flying to the old tree. They were going to build new nests. The dry branches have turned out to attract their attention to nest there. The birds felt warmer to stay inside the dry branches instead of their place before. The number of birds was increasing and there were more kinds of them. Wow, now my days are brighter with their presence here, murmured the old tree gladly.

The old tree was back to cheer again. And when he looked down, his heart was flowing with joy. There was a new little tree growing near his roots. The new tree seemed to smile at him. The tears of the old tree has grown a little tree who would continue his devotion to nature.

Dear friends, thats the way it is. Is there any lesson that we could take from the story? God always has secret plans for us. The Almighty God will always gives answers to our questions. Eventhough it is not always easy to guess what the resolution is, be certain that the Omniscient God knows whats best for us.

When there are times He sends temptation for us, in other times He gives us His overflowing blessings. The test He gives us isnt something that cant be overcome. When God gave the temptation to the old tree, actually He DELAYED in giving His glory. God didnt choose to cut the old tree down since He kept some secrets. God was testing his patience.

So, dear friends, be sure, whatever temptation we are facing is a part of the chain of glory He is preparing for us. Dont give up, and dont be discouraged. God is always there beside patient people. 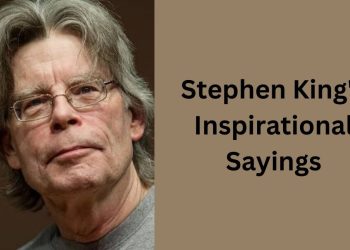